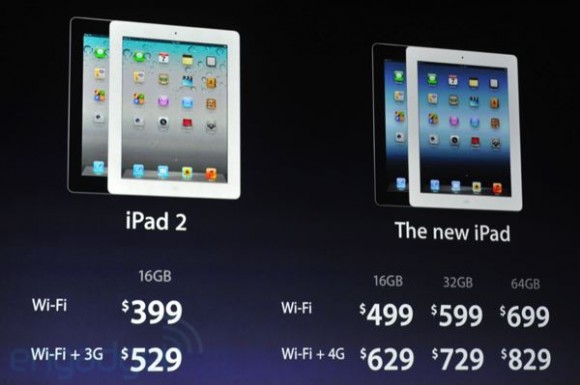 Nobody was surprised when Apple announced that it was going to continue selling its one-year old iPad 2 at a discount alongside its new tablet last month. After all, the Cupertino company pulled the same thing with the iPhone 4 and 4S.

Considering that Apple has sold more than 70 million iPhones over the past two quarters, it’s safe to say that keeping the older iPhone around is paying off in spades. And it looks like keeping the iPad 2 around will yield similar results…

Blogger Matt Richman pointed out an interesting piece of data from Apple’s financial earnings report, released on Tuesday, for the most recent quarter. Apparently, the iPad’s ASP (Average Selling Price) dropped 8% in the last three months.

As Richman suggests, this is likely the direct result of high-volume iPad 2 sales. Its $399 price point has opened the doors to all kinds of new customers. But where it could see the most success is in the education sector, grades K-12.

We are about to venture into educational buying season, a time when school districts purchase their supplies for the upcoming school year. And if you combine the iPad 2’s price tag with Apple’s new text book initiative, it makes for a pretty compelling purchase.

Educators agree. Tim Cook noted earlier this week that a school district in San Diego, California recently purchased more than 10,000 iPads. And it’s looking to purchase another 15,000 in the June quarter.

And that’s just one public school district out of the more than 14,000 here in the U.S. Wow.