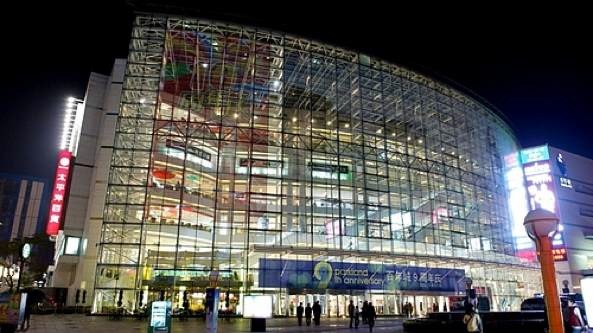 The world’s biggest Apple store inside a shopping mall? Pictured above is the huge Parkland Mall shopping mall in Dalian, China, reportedly slated to become the home to the company’s biggest retail outlet to date. The obligatory sign is already outside the mall and it reads “Apple’s World’s Biggest Flagship Store will be coming soon”.

Need more evidence? Well, only a flagship Apple store in the making could provoke crazy mall wars as a rival shopping center dispatched its security team to push down Apple’s barricades outside the Parkland Mall.

According to M.I.C. Gadget, the rival Dalian Department Store was “jealous of Parkland Mall for having an Apple store” so they sent their security guards to show who’s king of the hill.

The publication provides a little backgrounder of the mall:

Parkland Mall is actually one of the largest shopping centers in Dalian; and it is a must-visit shopping center if you are a fan of popular brands. On the first floor of the Parkland Mall, where the Apple flagship store will be located, there are stores such as Starbucks, Emporio Armani and Burberry. 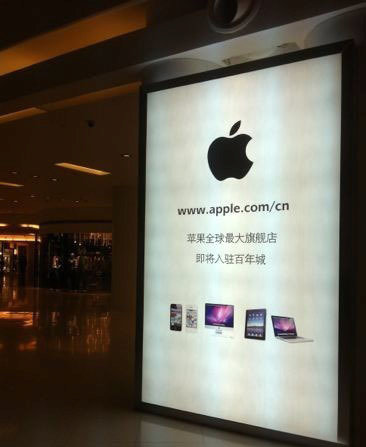 And here’s a clip of the incident.

And another one from the Parkland Mall security camera.

As the two sides just wouldn’t come to their senses, the dispute eventually resulted in a portion of the glass curtain wall on the Parkland Mall being smashed.

As no amicable solution could be reached, police had to intervene and calm down both the Dalian Department Store security guards and their peers hired by Apple.

What a mess over an Apple store.