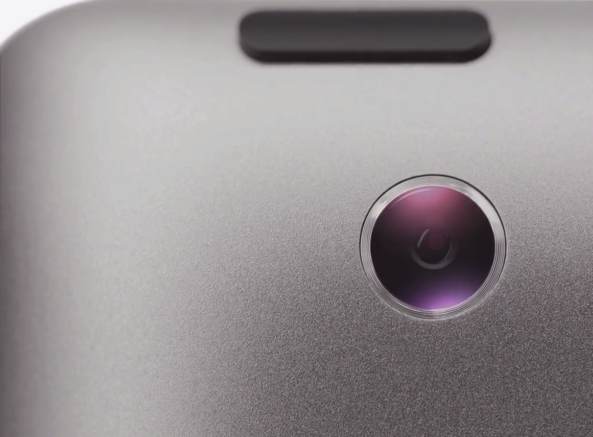 According to a patent filing that surfaced today in the US Patent and Trademark Office’s (USPTO) database, Apple is researching a much-improved camera for mobile devices that could recreate 3D models of scanned objects as well as capture gestures and facial expressions. It works with both stills and video and employs one or more dedicated cameras to capture 3D objects.

The system is based on new depth-detection sensors, such as LIDAR, RADAR and laser, that create stereo disparity maps in 3D imagery. With the ability to both capture and recreate 3D images, this killer imaging system could elevate the already powerful imaging capabilities of the five-megapixel iSight camera on the new iPad and its eight-megapixel counterpart found on the iPhone 4S.

Can we have this on the iPhone 5, please?

The three-dimensional imaging apparatus may be used for recognizing facial gestures. Facial gestures may include, but are not limited to, smiling, grimacing, frowning, winking, and so on and so forth. In one embodiment, this may be accomplished by detecting the orientation of various facial muscles using surface geometry data, such as the mouth, eyes, nose, forehead, cheeks, and so on, and correlating the detected orientations with various gestures.

As for 3D imaging, one of the proposed depth-detection techniques includes a Light Detection and Ranging (LIDAR) sensor that emits laser pulses. The LIDAR sensor then picks the pulses reflected from objects to calculate the distance by measuring the time delay between transmission of a laser pulse and the detection of the reflected signal.

It’d be capable of capturing oneself’s representation in a three-dimensional space via a Photo Booth-like interface, depicted at the bottom. Once captured, a 3D image of your face could be used for your three-dimensional avatar, Apple says. 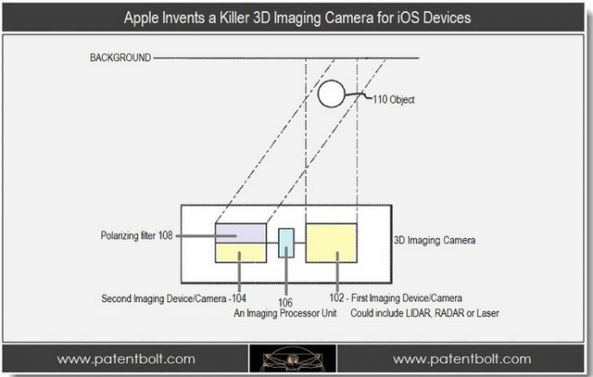 More complex scenarios are discussed as well, including this:

I like how Apple isn’t standing still and continues pursuing advanced imaging techniques. We’ve come a long way since the original iPhone and its sub-par camera.

Now we have iOS gadgets that capture 1080p video at thirty frames per second and high-quality stills. Apple isn’t just using off-the-shelf CMOS sensors, they’re improving them with own solutions such as customized optics with a fifth lens and real-time processing to detect faces and stabilize video.

Sure, other phone cameras have those features as well – I’m just observing that the iPhone no longer has a crappy camera. It’s also interesting that Apple appears to be really interested in 3D imaging, as this patent filing proves.

I’m wondering whether those camera- and imaging-related patents could mean an Apple-branded digital camera down the road? After all, Apple did re-brand itself as a consumer electronics powerhouse.

Surely widening their product portfolio and branching out into digital cameras at some point won’t hurt.