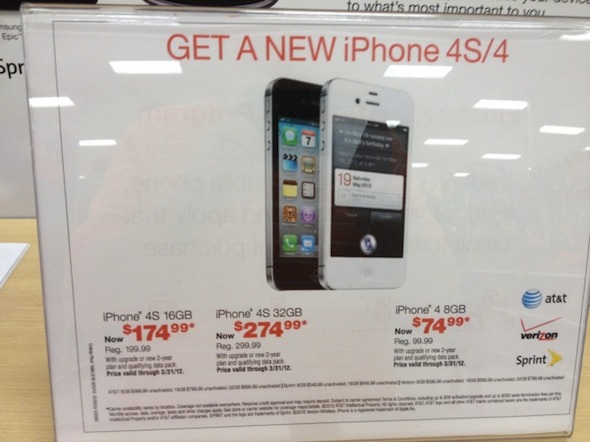 Those who haven’t picked up Apple’s latest handset yet might be interested in this deal. 9to5Mac is reporting that some Target locations are taking $25 dollars off of multiple iPhone 4S models through the end of the month.

The site received a photo from a tipster showing the discount on an in-store advertisement at a store in Orlando, FL. And according to the ad, the deal applies to both 16GB and 32GB models, as well as all three carrier versions…

But if you aren’t interested in owning the latest and greatest, it appears that Target is also knocking $25 off of the iPhone 4 as well. That means you can pick one up for as low as $74.99. Not bad.

We weren’t able to confirm if this campaign was nationwide or not, but our local store is participating. Either way, if you’re looking to get a good deal on one of the most popular smartphones on the market, it’s worth checking out.