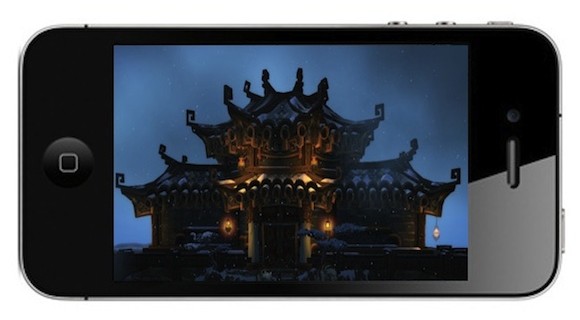 Ah World of Warcraft. The number one MMORPG (massively multiplayer online role playing game) is also likely the number one reason why gamers aged 12 – 60 don’t see much sunlight. But that may not be the case for long.

Eurogamer recently spoke with WoW’s senior producer John Lagrave about the possibility of Blizzard bringing the popular game to the iOS platform. And his comments are actually a lot more positive than you’d think…

“We won’t do it until we think it’s decent. But it’s interesting, and the world is evolving towards that little handheld device — I’d have fun on it, that’s absolutely the case. It would be foolish for any game developer to not be looking at that, and we’re not – we don’t think – foolish! Maybe we’ll stumble on the great way to put WoW on the [i]Phone – maybe we won’t, but we’re certainly looking into it…What we’ve done [so far] with WoW on mobile devices is very simplistic: view the armory, check your auctions [manage guilds]… When we have an epiphany, everyone will know. But for now, no epiphany!”

Sure, that’s not really much to go on. But it’s definitely better than a “no, we have no plans to bring WoW to mobile devices” response. Especially since we’ve been hearing whispers about an iOS flavored WoW title for a few years now.

What do you think? Would you play WoW on your iPhone or iPad?