We finally got our hands on the new Apple TV last Thursday and have had the chance to bask in its 1080p glory. While we already knew there was a single-core A5 processor inside, a forum user from XBMC.org has done a teardown of the device to reveal its insides.

From the teardown, we find that the new Apple TV still has the same 8GB of flash storage like its second-generation brother, but has received a bump to 512MB of RAM… 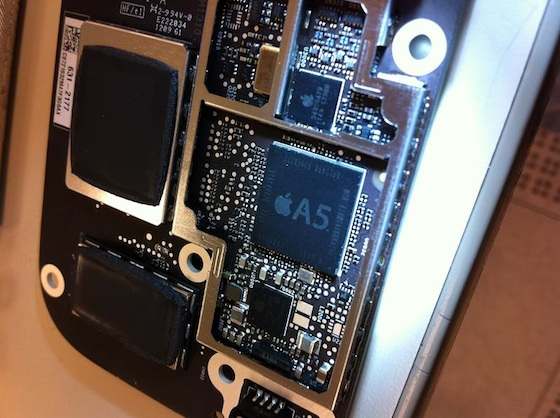 You’d think Apple would have upgraded the storage beyond 8GB to handle larger 1080p video files, but Cupertino-based Apple chose to stay with Toshiba’s drive. Since the Apple TV has such a reliance on streaming, file size won’t be that big of a deal. Netflix has already announced that it supports 1080p video streaming to compliment the new Apple TV.

The 512MB of RAM, from manufacturer Hynix, is an upgrade from the past 256MB of RAM. The RAM boost may make things a bit snappier. Lastly, the third-generation device features a second antenna, but there’s no word on what that antenna’s use is exactly.

Still waiting for your Apple TV to arrive? Check out our unboxing of the device!

Did buy a new Apple TV?