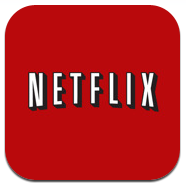 Following Apple’s announcement of an upgraded Apple TV today, Netflix has just announced it will be offering 1080p streaming to the new device. Apple announced the new Apple TV at its media event in California, along with the new iPad.

The new Apple TV is priced at $99 and features 1080p playback and a sleek new interface. Netflix, being one of the main reasons many buy an Apple TV, will be the perfect app for taking advantage of the Apple TV’s 1080p abilities…

Netflix announced on its blog today:

Starting today, you can sign-up for Netflix directly on your Apple TV and pay via your iTunes account. Plus, with the new third generation Apple TV, you’ll also be able to watch thousands of hours of great movies and television streaming on Netflix in 1080p high definition and with room-filling Dolby Digital 5.1 audio.

Now, with a software update on your Apple TV, this seamless sign up and billing experience extends to the second generation Apple TV. The new sign up and payment experience on Apple TV is available wherever Netflix is, including in the U.S., Canada, Latin America, the United Kingdom and Ireland.

Along with 1080p streaming, you will now also be able to signup and pay for a Netflix account using an iTunes account. This feature will be available on both the second and third generation Apple TVs.

Are you purchasing the new Apple TV?