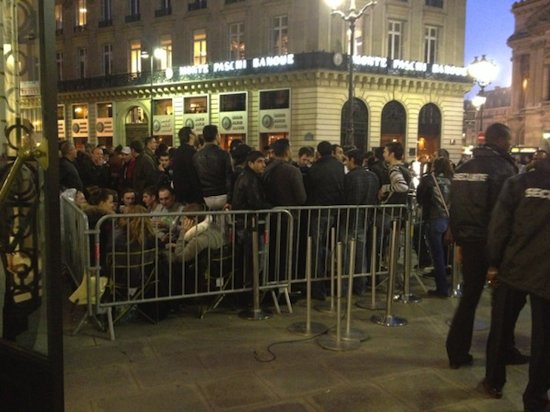 If you were thinking that the new iPad‘s lack of a redesigned body or quad-core CPU was going to affect customer demand, think again. In typical pre-launch fashion, lines are forming around the world for Apple’s new tablet.

Although most retailers won’t be opening their doors until 8am tomorrow morning, some stores have announced that they will start selling the new iPad as early as 12:01 EST here in the States…

As noted by MacStories, lines have started to form in front of Apple Stores and other chains around the world. The site has a pretty nice gallery going of iPad line photos, and it looks like most places are packed. 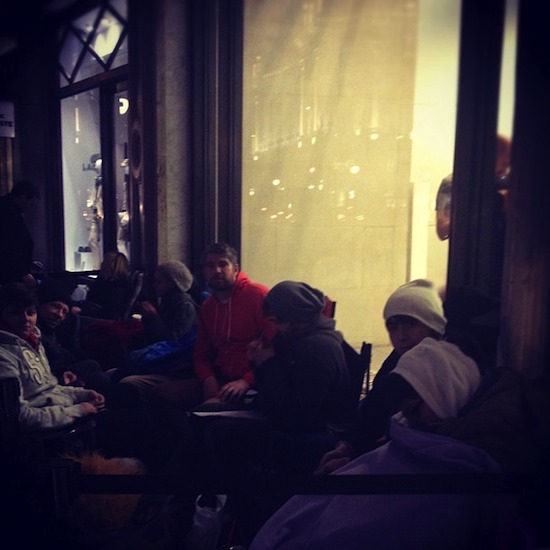 Our buddy Craig Fox (see above), who is heading up the 2012 JailbreakCon project, sent us a photo of the line at the Regent Street Apple Store in London. He says there appears to be roughly 30-40 people around him.

Initially, the new iPad will be launching in 10 countries including the US, Canada, UK, Germany and Hong Kong. That’s a pretty big deal considering the iPad 2 was only available in the US on opening day last year.

What do the lines look like in your area?