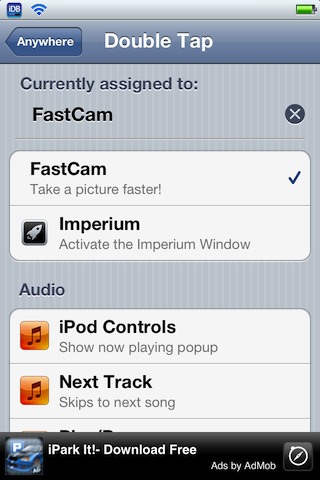 And you thought iOS 5.1’s new Lock screen camera was fast? FastCam is an upcoming jailbreak tweak that allows you to access your iPhone’s camera API using a simple Activator action.

The nice thing about FastCam is that it works anywhere, even at the Lock screen. In fact, it’s faster than the Lock screen camera feature found on iOS 5, and still faster after the improvements made with iOS 5.1.

Check out our video preview of FastCam straight ahead…

FastCam is scheduled to be released on Cydia’s BigBoss repo in the very near future, and it will be a free download for jailbroken iOS 5 users.

Let us know what you think about FastCam in the comments below.