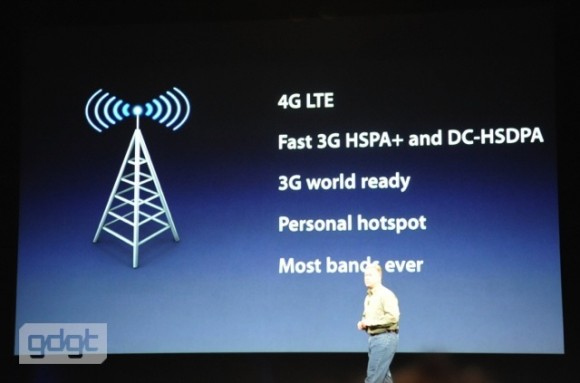 Among the slew of new features Apple announced in its latest iPad yesterday was the personal hotspot. Just like with the iPhone, you’ll be able to use the new tablet to share an internet connection with up to 5 devices.

This becomes even more appealing when you consider that the new slate is capable of 4G speeds — which is up to 10 times faster than 3G. But don’t get too excited. It appears that there is confusion among the carriers…

9to5Mac is reporting that it has confirmed with AT&T that the operator is not currently supporting the personal hotspot feature in the new LTE iPad. And a tweet from Verizon’s VZW Support suggests that it’s in the same boat.

Does this mean that the two carriers won’t ever support the iPad’s hotspot? No. They just don’t know what to do with it at this point. Wireless tethering of any kind scares providers because it generally means a customer is going to be using more data. So they have to figure out things like limitations and pricing before they unleash it to the masses.

The bottom line here is, don’t pre-order the new iPad expecting to use it as your main source of internet right away. While we know what the tablet’s LTE data plans look like, we don’t know if the hotspot will be extra or even available come March 16th.

As always, we’ll let you know when we have more information.

Update: 9to5Mac has just received the following response from a Verizon Spokesman regarding the new iPad’s hotspot feature:

It looks like if you are going with an LTE iPad, and would like wireless tethering, the Verizon model is the one to go with at this time.