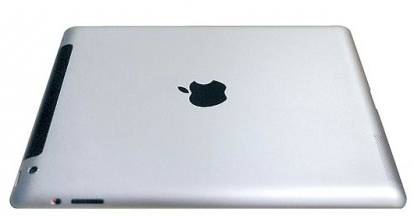 Apple’s stock has climbed more than $8 per share this morning on the back of new iPad 3 rumors. CNBC is reporting that it has learned that Apple is set to unveil its latest tablet at a media event in New York next week.

The news outlet says that its source has also confirmed several of the slate’s new features, including a quad-core processor, LTE 4G technology, Siri, and a high resolution [Retina] display…

CNBC doesn’t have much of a track record when it comes to breaking Apple news, but this report does line up with previous rumors. Earlier this year, The Wall Street Journal reported that Apple’s new iPad would indeed include LTE technology. And a high resolution Retina display seems all but guaranteed at this point.

Well connected ex-Macworld editor Jim Dalrymple has responded to the report, claiming that the New York location is wrong. But he has yet to debunk any of the other information. It’s likely that the event will take place in California as expected.

Speaking of the event, the keynote itself is expected to take place next Wednesday, March 7th. And since Apple generally sends out event invitations a week in advance, we expect to see iPad 3 media invites go out today or tomorrow.

Update: Apple has just sent out media invites to next week’s iPad 3 event, which takes some of the guesswork out. Click here for all of the juicy details (hint: it’s not in New York).