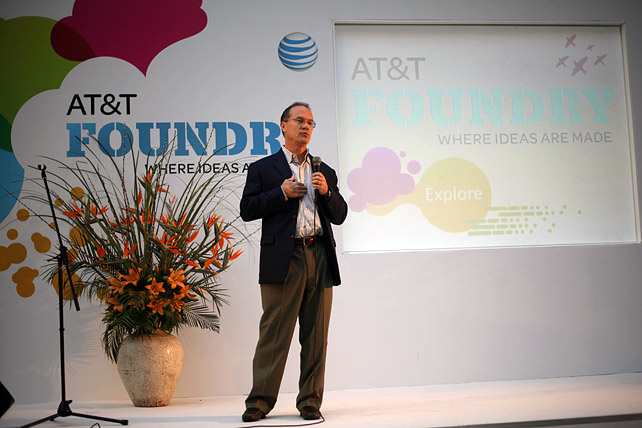 In an interesting move, AT&T plans to allow developers to pay for users’ data, when users are using the developer’s app, reports the WSJ. AT&T’s network and technology head John Donovan told the WSJ in an interview at MWC 2012 that the service will be similar to a toll-free 1-800 number.

The move will surely be interesting, letting a user use an app without any data being charged to them whatsoever. Donovan says AT&T hopes to roll out the new service within the next year…

“A feature that we’re hoping to have out sometime next year is the equivalent of 800 numbers that would say, if you take this app, this app will come without any network usage”

Developers would pay for their users’ data, possibly with hopes that users will make in-app purchases without worrying about how much data they’re consuming. What, you don’t think developers will just try to be nice — do you?

This type of system obviously won’t be for companies with smaller apps, but for larger companies whose apps consume a lot of data. Spotify, for example, could pay for its users’ data in hopes of keeping them using the app or to bring on prospective customers.

I’m certainly all for taking data away from my monthly data cap, which currently sits at 3GB (me personally). AT&T’s current plans are 300mb, 3GB and 5GB, if you aren’t the roughly half of AT&T’s customer base that is still enrolled in the original unlimited data plan.

With more apps consuming more and more data, you can quickly reach your data cap if you don’t have access to Wi-Fi, a good portion of the day.

What do you think of this new plan by AT&T?