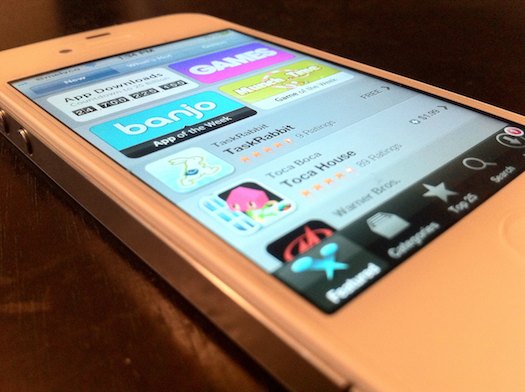 Apple’s handset has been seemingly unstoppable as of late. The company sold more than 37 million iPhones last quarter, making it the top smartphone manufacturer in the world over the three month period.

But what is it about the iPhone that makes it so popular? What sets it apart from the competition? Is it the sleek hardware? Is it the polished operating system? Sure. These are both big factors. But a lot of folks will tell you that it’s all about the apps…
With a little inspiration from the jailbreak community, Apple reinvented the mobile applications market back in 2008. Built on a set of strict UI-focused guidelines, and a never-before-seen software distribution model, the App Store appealed to both users and developers.

This has proved to be quite the winning combination, because even in the face of stiff competition, the quality and selection of iOS applications still stands heads and shoulders above the crowd. The App Store is now home to more than 500,000 software titles and is about to cross the 25 billion download mark. Users love it.

And some will argue that it’s because users love these apps that Apple continues to sell its iPhones at such a staggering rate. Or any of its iOS devices for that matter. In most cases, using an application on an Apple device is a far better experience than using its counterpart on Android or other mobile OS. But that may not be true for long.

HTML5, or web-based applications are quickly becoming a popular topic among developers. HTML5 apps are easier to write (this is subjective, of course) than platform-specific ones (which require knowledge of unique programming languages). And they are also compatible across all mobile platforms, meaning developers wouldn’t have to spend time producing separate apps for iOS and Android.

But it’s not just indie developers that are getting excited about HTML5. There’s a list of companies that are investing heavily in the technology. Facebook, in fact, just announced last Fall that it would be launching its own cross-platform HTML5 app store. And Mozilla, the FireFox creators, are looking to follow suit this year.

Of course, there’s still a lot to be said about native app markets like the App Store — less fragmentation, more security, easier app discovery. But you can’t deny that HTML5 is an interesting alternative for developers. And if it ever gets to the point where Apple’s application advantage is taken out of the equation, consumers will have one less reason to choose the iPhone over competing handsets.

Should Apple be worried about cross-platform HTML5 apps? No. Not yet anyways. But should it be wary? Absolutely.

What do you think? If you knew you could get the exact same apps (UI and all) on other platforms, would you stay with the iPhone/iPad?