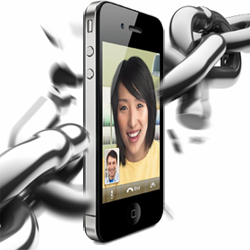 Back in November, the Dev Team announced they had found a very promising iPhone 4S unlock, but there hasn’t been any news on that front ever since. We’ve had an untethered jailbreak for A5 devices for a while, but the cherry on top would be to get a software unlock via UltraSn0w for the iPhone 4S.

While we’re waiting for a software unlock, a few Chinese companies are working on a hardware unlock. We’ve recently heard about new comers who claimed having a SIM interposer unlock for the iPhone 4S – TPSIM and R-SIM – but we can’t recommend those yet as we haven’t been able to give them a try.

Today, Gevey, a familiar name to us, is releasing the Gevey Ultra S unlock for iPhone 4S…

Those of you who have used a Gevey SIM before know that it can be a little tricky. Fortunately, this new Ultra S unlock comes with some new features that should make the whole process a breeze, at least on paper:

I can spot a couple features that already make this Ultra S unlock much more appealing than previous versions. For starters, there is no need to physically modify your SIM card. Also worth noting, you don’t need to activate the SIM interposer by dialing 112, which, let me remind you, can be considered illegal in certain countries. Gevey also claims better reception and less battery consumption, all this without having to jailbreak your iPhone.

ApplenBerry has released a video showing the Gevey Ultra S unlock for iPhone 4S in action. Spoiler alert: it is long, boring, and doesn’t really show you anything.

If you haven’t fallen asleep while watching this video, you can pre-order your Gevey Ultra S from ApplenBerry. It will cost you $55 and should get to your door early March.

Are you going to buy the Gevey Ultra S for iPhone 4S?