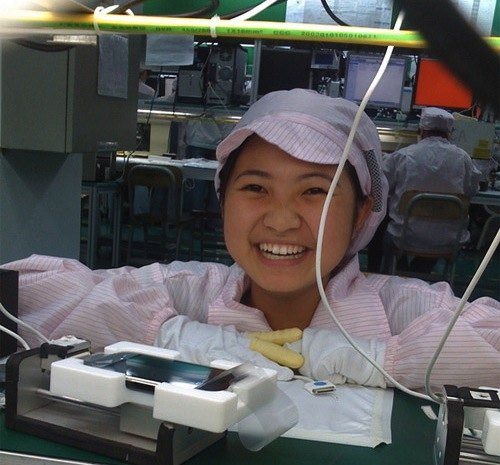 Asymco analyst Horace Dediu published an interesting report this morning that attempts to figure out what Apple pays to manufacture each iPhone. Over the last 5 years, the handset has quickly become Apple’s largest money-maker.

Dediu uses a number of resources, including manufacturing information that has recently come to light thanks to ABC’s “A Trip to the iFactory” documentary, to determine what Apple spends building each iPhone, from parts to shipping…

For starters, Horace says that Apple’s average revenue per handset is $650. So if the company’s [reported] profit margin on the iPhone is 55%, that means that its COGS (Cost of Goods Sold) is around $293 per phone. But where does that money go?

Well around $200 of it goes to BOM, or bill of materials. That’s how much Apple pays for all of the iPhone’s parts like the display, the cameras, the hard drives, etc. That leaves roughly $93 left to cover transportation/warehouse costs, manufacturing, and warranty (the cost of a returned iPhone) expenses.

Of that $93, the analyst believes that Apple spends anywhere between $12.50 and $30 on manufacturing. He determines this by using some of the details recently leaked in ABC’s Foxconn report:

But there’s a good chance that each iPhone spends some of that 17 hours in automated operations, or sitting idle, waiting for the next process to begin. So Horace does the math, estimating that if each of the 141 steps takes 3 minutes, then human hands will only touch the iPhone for about 7 hours. Once again, at $1.78 per hour, that equals about $12 in labor — thus the $12.50 – $30 estimate.

Of course, the above cost structure is just an estimate, and it doesn’t include Apple’s costs for research and development, designers, engineers, and what it pays its marketing team. But it still provides an interesting look into Apple’s iPhone expenses.