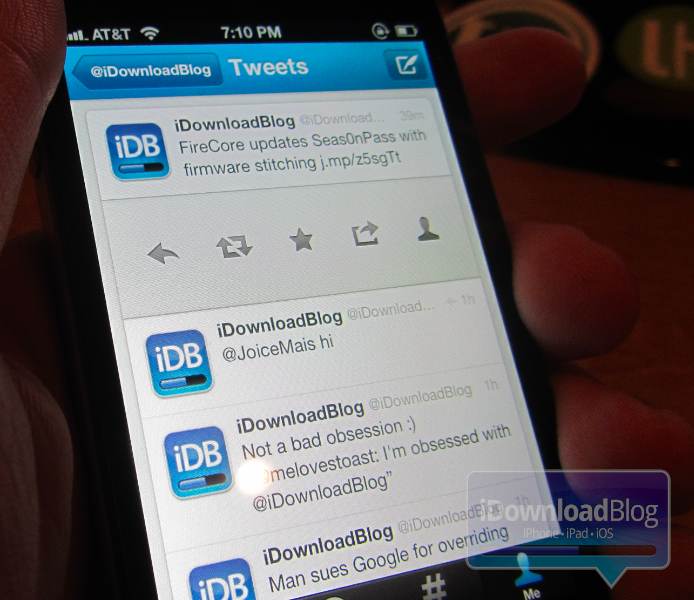 The release, bringing the version number up to 4.1, adds improvements such as better Direct Message handling and improved image quality, but without doubt the two most important features aren’t new at all – Twitter has now returned swipe shortcuts and the ability to copy text to its iPhone app.

Both features were removed in a recent app update, much to the annoyance of the app’s users and causing many to jump ship to third-party alternatives such as Tweetbot which recently reached a milestone of its own…

The swipe gestures in particular were big misses for many Twitter power users, especially those who find themselves replying to lots of tweets and were left with extra taps required post-update. Now the much loved swipe shortucts have returned, meaning users now have the option to reply to tweets, retweet them and more, all without ever having to leave the main timeline view.

Another feature that went missing recently was the ability to copy text from tweets using the iOS “tap and hold” feature that any iOS user will be familiar with. Thankfully that has now returned also, though users cannot control what is copied – the entire tweet will be added to the clipboard with no way of reducing the amount of text being copied in-tweet. 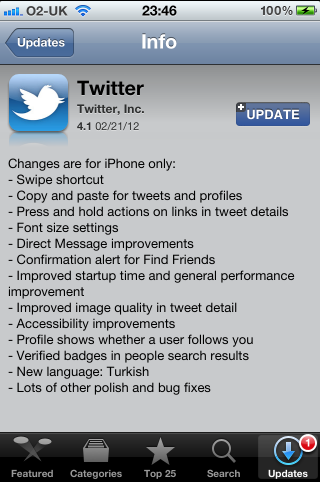 In addition to the new-old features, Twitter has made plenty of improvements across the board, though it remains to be seen whether those who jumped ship at the last update can be persuaded to return.

Will you be giving Twitter for iPhone another shot?

Twitter for iPhone 4.1 is populating through the App Store and can be downloaded here when available.