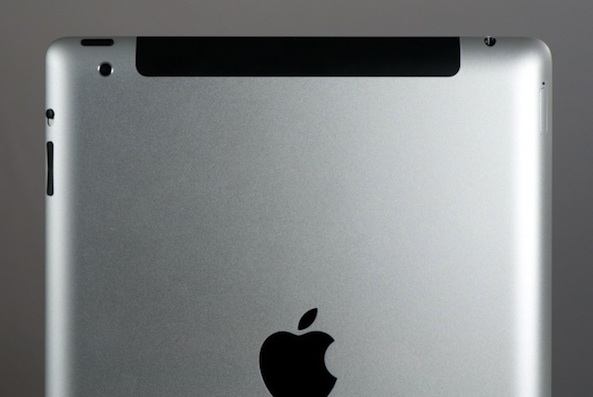 Yesterday morning, my friend and colleague Oliver Haslam laid out an interesting case for why he believes, despite overwhelming evidence, that Apple won’t implement LTE technology into any of its mobile products this year.

Oliver thinks that because there aren’t 4G networks in every corner of the world, and because current LTE devices suffer from issues like poor battery life, we won’t be seeing LTE in the next iPad or iPhone. But I happen to think he’s wrong…

Before we get into addressing Oliver’s points, let’s just take a look at some of the evidence we’ve seen over the last 6 months that suggests that LTE-flavored Apple products are on the way. For starters, there were multiple reports last year that Apple Stores were having LTE equipment installed. There were also LTE actions uncovered in carrier builds of iOS, and an Apple job listing was spotted calling for a field test engineer with an expertise in the 4G technology.

Fast forward to this year, and the LTE gossip has only gotten stronger. In January, Bloomberg reported that it had confirmed that Apple’s next iPad would “work with next-generation wireless networks.” I mean, this is Bloomberg we’re talking about here, not DigiTimes or another hit and miss rumor site. But ok, you want a more credible source? How about The Wall Street Journal? Earlier this week, the WSJ — a publication that many believe to be in bed with Apple PR — reported that it had learned that at least two carriers, Verizon and AT&T, would be receiving LTE-capable iPads this year.

In the section of his post titled ‘LTE isn’t ready’, Oliver points out that LTE networks are currently few and far between. So why would Apple waste its time and money on implementing a technology that isn’t widely available? First off, LTE is probably more widespread than you think. Here in the US, over 2/3 of Verizon’s network is covered by LTE. And AT&T plans to have its 4G network finished by 2013. Outside of the States, over 30 countries have active LTE networks, including Canada, Portugal, and Germany. And dozens more have carriers in the trial stage on the verge of public rollouts. Imagine what these numbers will look like by the end of the year.

So wouldn’t Apple have to make multiple iPad models then — one for LTE and one for 3G? And wouldn’t that substantially increase the company’s manufacturing costs? Well the truth is, Apple will more than likely introduce a single tablet that works with both 3G and 4G networks. Don’t have LTE in your area yet? Cool, you can still surf the web wirelessly on your 3G network. This is essentially what Apple did with the iPhone 4S and HSPA+ — the semi-4G technology that’s only available on some GSM carriers — so it’s completely feasible to think that we could see this with the iPad 3 and LTE.

In his final argument for why Apple will stay away from LTE this year, Mr. Haslam states that current LTE devices are notorious for having poor battery life. But this is 2012. The first LTE-capable smartphone launched nearly a year ago, and since then Android manufacturers have released dozens of handsets featuring the 4G technology. Has Apple really been sitting on its hands over the last 12 months?

No. Apple has been working with LTE technology for the past year (if not longer), perfecting it. And what better device for the company to make its LTE debut with than the iPad? This way if it needed a larger battery to compensate for the extra power usage, it would have about 10-inches of space to work with. Besides, ten hour battery life is non-negotiable for Apple when it comes to the iPad. It’s one of the many things that sets the tablet apart from the competition.

Yes, I believe the iPad 3 will feature LTE technology. And just as it has done with its processors (A4, A5), I think that Apple will take what it has learned about LTE with the iPad and apply it to the next iPhone. There’s just too much evidence to ignore, including assertive reports from both Bloomberg and The Wall Street Journal, for me to think otherwise. Besides, do you really think that Apple is going to wait until 2013 to start implementing LTE technology into its devices? That would put it more than two years behind the competition. That certainly doesn’t sound like a company that is looking to “skate where the puck is going to be, not where the puck has been.”