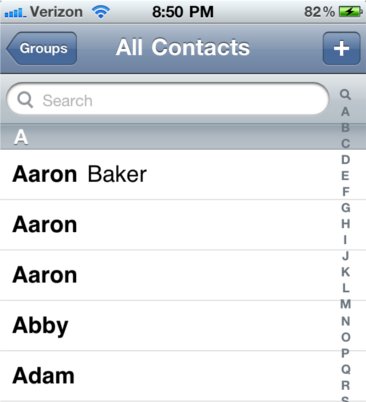 Ever since the news broke that Path, a popular social network and iOS app, was uploading users’ contact lists without asking for their permission, everyone has been waiting to see how Apple would respond.

After all, it is Apple’s App Store team that is approving these apps that cull private user data without authorization. And today, the Cupertino company finally broke its week-long silence on the subject…

An Apple spokesman gave a comment to AllThingsD this morning regarding the unauthorized uploading of user data:

“Apps that collect or transmit a user’s contact data without their prior permission are in violation of our guidelines,” Apple spokesman Tom Neumayr told AllThingsD. “We’re working to make this even better for our customers, and as we have done with location services, any app wishing to access contact data will require explicit user approval in a future software release.”

Path isn’t the only app that has been caught uploading user contact lists; Facebook, Twitter, Instagram, Foursquare, Yelp, and many others are also guilty of such actions. In fact, members of Congress sent a letter to Tim Cook this morning regarding the issue.

But it looks like the problem is solved, and all is well now. This is just another example of how the media can incite public panic and bring about change. This time it only took Apple about a week to respond to the allegations. Impressive.

What do you think? Did Apple make the right move here?