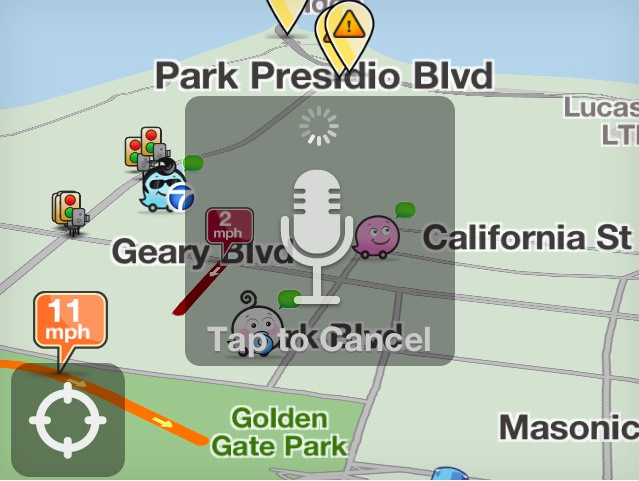 Israeli startup Waze has released an update for its iOS GPS navigation app, adding hands-free crowd sourcing to its arsenal.

There are already plenty of GPS navigation apps on the App Store with TomTom being one of our favorites, but Waze is a little bit different in that it uses crowd sourcing as a means of measuring traffic congestion and accidents. The reliance on humans reporting such issues is both its strong and its weak point.

While the use of real people to build a map of what is really going on should make for a more accurate navigational experience, it also means that the service just plain fails to work if people don’t take the time to check in. This latest update should help alleviate that particular issue…

It could be argued that Siri would be the best way to add hands-free activation to Waze, but with Apple dragging its heals in the API stakes, the company has decided to take matters into its own hands by using the iPhone’s proximity sensor as a trigger.

As the video shows, Waze now activates the traffic reporting system as soon as a hand is waved in front of the handset. It’s an ingenious way of handling an issue that shouldn’t exist, with the added benefit of looking super cool when being used.

The hand gesture obviously adds an element of safety, with there being no reason for the driver to need to touch the screen while the vehicle is in motion – a real plus for those who use GPS a lot when out and about.

Let us know if you use Waze and whether you find the implementation working well. The update is live in the App Store now.