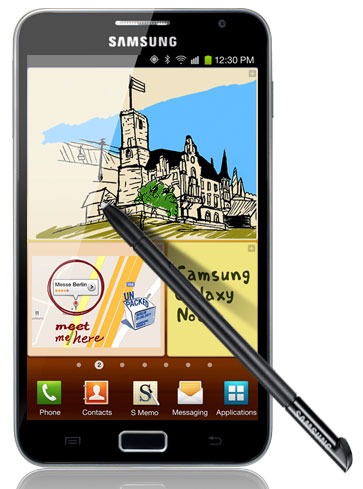 A few days ago, Samsung released a teaser for what they called the next big thing, in which they made fun of us poor Apple users. Today we found out what the next big thing is when Samsung showed off the Note, during the Super Bowl.

I was a bit confused while watching this. Is it a phone? Is it a tablet? It seems even Samsung isn’t sure what the Note really is. Turns out the Note is a phone/tablet hybrid, with – I’m not kidding you – a stylus…

I’m really not sure there is a market for such a device, but Samsung might prove me wrong when the device goes on sale in the US on February 19th.