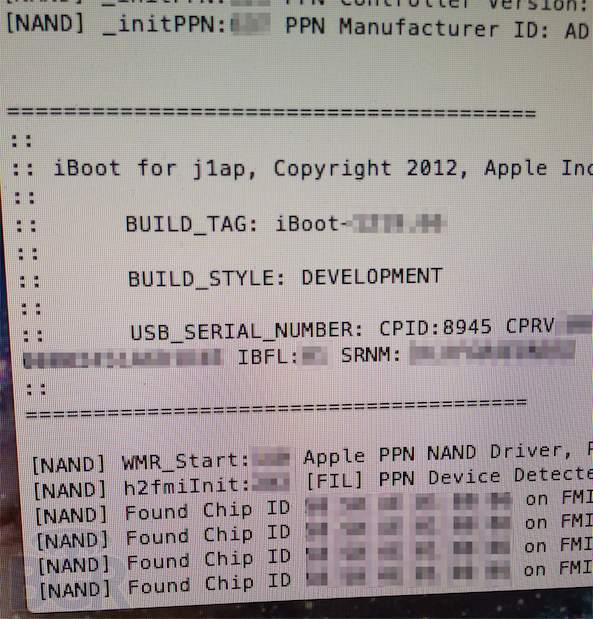 With presumably a couple months or so until the iPad 3 hits the shelves, I think we are way overdue for some good old rumors about Apple’s upcoming tablet.

Today’s rumor is brought to you courtesy of BGR, who apparently got their hands on some images from a source claiming to be in possession of an iPad 3. If I haven’t lost you yet, then keep on reading because there seems to be some good sense to all this…

The photos published by BGR contain data from iBoot, a debug tool used for development. These images show several details about what might very well be the iPad 3.

First, these J1 and J2 model numbers that DigiTimes uncovered a few weeks ago are showing up again. While DigiTimes assumed they were two different devices, BGR believes it’s actually the same device. One wi-fi only version, and one with GSM/CDMA/LTE.

Additionally, the leaked screenshots show what could be a quad-core A6 processor, model number S5L8945X. In comparison, A4 model number was S5L8930X, while the A5 was S5L8940X.

Obviously, and until Apple unveils the iPad 3, these are just rumors and should always be taken with a grain of salt, though all this info uncovered by BGR does make sense to me.