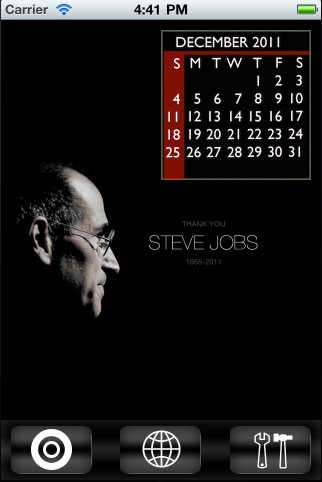 You might remember a few weeks ago when we told you about Tribute Calendar, an application that paid tribute to Steve Jobs in the form of a calendar application that had been rejected by Apple.

The developers of the app didn’t want to take “no” for an answer and did exactly what more developers should do: they turned to Cydia to release their app without the need of Apple’s benediction…

Developers from Nushka Labs note on their blog:

We got rejection from Apple Team and in the email Apple Review Team have said – “However, We have decided to honor his life in other ways and we are not accepting these types of apps.”

We are really happy (& proud) to announce that ‘Tribute Calendar’ is launched with Cydia Store.

We have kept our promise to release the App free (as well Ad Free), it will remain Free for lifetime.

The app is available for free from the MMI repo. If you don’t have a jailbroken iPhone, the developers will distribute the app free of charge to 25 lucky peeps as an ad-hoc app. Simply email them at nuskhalabs@gmail.com for more details.