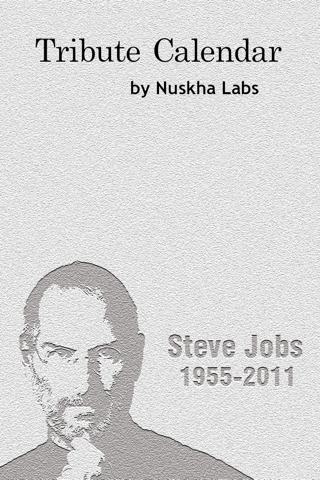 When Apple co-founder and former CEO Steve Jobs passed away in October, people around the world felt like they had lost someone they knew, if only through the devices they own that bear the Apple brand. Many took to Apple Stores as a way of paying their respects, leaving messages and Apple products when they left.

One iOS app developer decided that the best way to honor Jobs was to release a free calendar app on Apple’s App Store honoring the late industry titan, but according to MacNN, Apple was not so keen on the idea. Apple’s App Store review team decided to reject the app, meaning we will never get to see the tribute ourselves…

The app’s developer, Nushka Labs, usually sells calendar apps that allow users to import their own images and then email them to friends. Facebook sharing is also included for those that choose to use it, and the apps retail for $0.99.

This Steve Jobs tribute app worked along the same lines, although the images were already there along with attribution where necessary. The App Store team did at least see fit to offer an in-depth response to the developer.

In a message sent from the App Store team to Nushka Labs, Apple claims that they have decided not to accept “these types of apps,” pointing to the company rejecting any other apps that pay tribute to the man that rebuilt Apple in the late 90s.

While a shame, it is worth remembering that anyone wishing to share stories about Steve Jobs or read those of others can still visit the company’s “Remembering Steve” webpage to do just that.