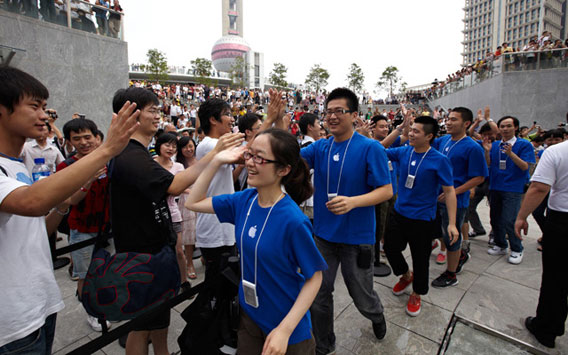 A few days ago we told you that Tim Cook had sent out an email to Apple employees regarding a special Town Hall meeting yesterday. The CEO wanted to congratulate his team on its recent success, and discuss some “exciting new things going on at Apple.”

As it turns out, 9to5Mac — who originally broke the story — has gotten word of at least one of the topics of the meeting. No, it’s not a new iPad or an Apple TV set. Apparently Apple is planning to launch a major employee discount program later this year…

How major? Try up to 50% off of two of Apple’s most popular products. That’s right, starting this Summer Apple employees will be eligible for $500 off of new Mac purchases (excluding the Mac Mini), and $250 off of new iPads.

The only stipulations are that workers must be employed by Apple for at least 90 days before they qualify for the discount, and they can only invoke it once every three years. Other than that, this seems like a pretty solid deal for employees.

The program is slated to start sometime in June, so those looking to get a job at Apple should try getting hired on before the end of March. Just saying.