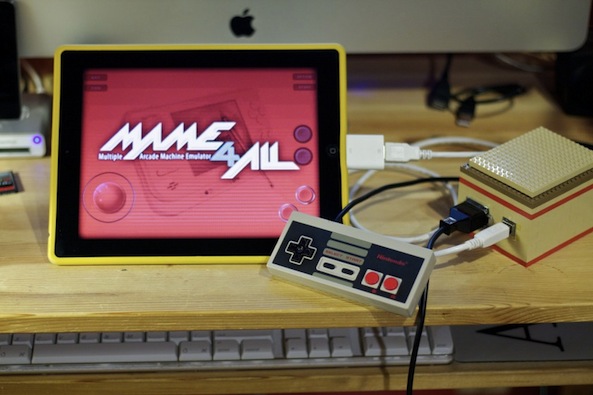 There are few things cooler than playing old arcade games on an iPad, but playing them with on an iPad using a NES controller is certainly one of them.

That’s exactly what blogger and DIY-er Paul Rickards did, and the results are pretty impressive, to say the least.

Using some LEGO and a little bit of magic, Rickards can now play iCade-enabled games using one of Nintendo’s old NES controllers, just as those of us old enough to remember the golden age of gaming would have in the olden days…

The marriage of iPad and NES controller came entirely by accident, with Rickards accidentally pressing some keys on a homebrew Commodore 64 keyboard he had lying around. After a ‘eureka’ moment, he set about making what is sure to get plenty of gaming geeks excited.

Rickards intends to release the code required to make this thing work once it has been tidied up a bit, but his blog post does already point people to a few key pieces of documentation that will help get the ball rolling, should you be that way inclined.

If you do end up making one of these things at home, be sure to let us know how you fare!