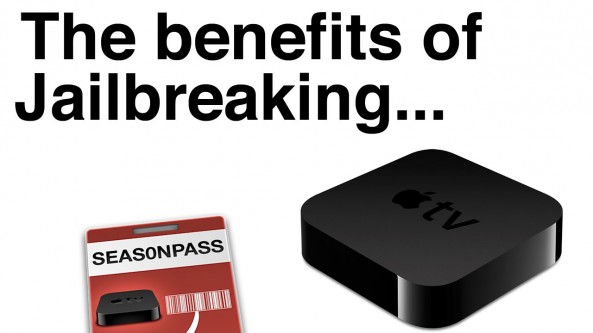 Apple has always stated that the Apple TV is more of a “hobby” device than a mainstream one, as its popularity level isn’t even on the radar compared to hits like the iPhone, iPad or even iPod touch.

Still, there are many, many benefits to owning an Apple TV. There’s iTunes movies and TV shows, Netflix streaming, access to NBA and NHL games, and iTunes match among other features.

But if you really want to reap the full rewards of owning Apple’s marvelous $99 wonder box, you need to jailbreak it.

Why jailbreak the Apple TV? We’ll touch on some of the major benefits that comes from doing so.

You can add weather and slideshows to your Apple TV’s main menu, you can hide menus, adjust screen saver settings, and much, much more. 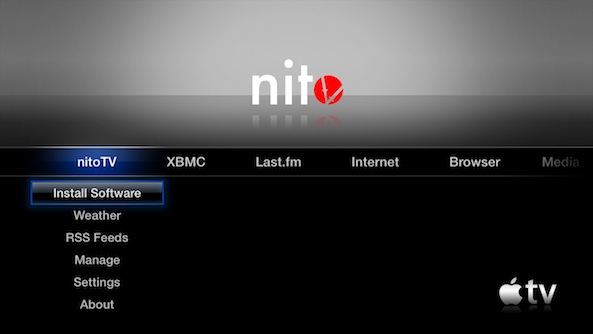 Are you kidding me? The Apple TV is KING when it comes to media content. We’re not joking, it’s the absolute best sub-$99 purchase you can make if you’re considering cutting the cable. Not only do you get the benefits of AirPlay and AirPlay mirroring if you have an iPad 2 or iPhone 4S, you also have access to a ton of default media from iTunes, Netflix, NBA, NHL, YouTube, Vimeo, and the like.

But that’s just the beginning. Jailbreaking your Apple TV is what really opens up the media floodgates. And just like that, you have access to Hulu, ESPN, Amazon, Last.fm, Pandora, PBS, A&E, ABC, CBS, NBA, MTV, and the list goes on, and on, and on, and on… I’m serious, if I named all of the content providers that can be accessed by jailbreaking, I wouldn’t have enough room in this article.

True, XBMC is the portal that allows you to access most of the content above, but it also includes beautiful custom themes, and many other plugins from a diverse community of developers. XBMC has been ported to pretty much every platform known to man, so it’s easy to get support, and simple to setup and install.

XBMC is an amazing portal to a wealth of content, and that makes it a must have for a jailbroken Apple TV. You can also install some beautiful themes that completely change how your Apple TV looks and feels. If you’re feeling particularly froggy, there’s also a provision to boot directly into XBMC and bypass Apple’s interface altogether. 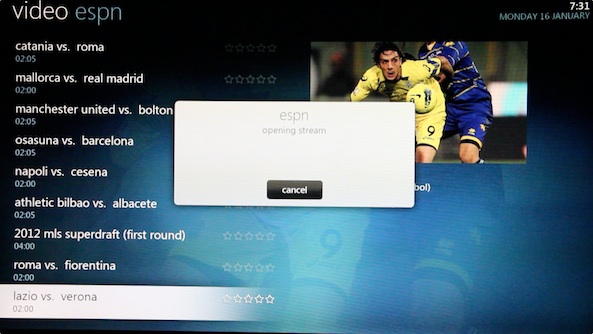 Setting up all of the plugins and apps required to get the most out of your jailbroken Apple TV can indeed be a bit daunting, and that’s where FireCore’s simple utility comes in. Once your Apple TV is jailbroken, simply run aTV Flash (black) on your computer, and it will effortlessly install the most common jailbreak apps on your Apple TV.

It’s $29.95, but it’s well supported, and it makes maintaining your device as easy as pie. It also comes built in with backup utilities that backup your settings straight to iCloud. You can’t ask for a simpler jailbreak configuration than this. 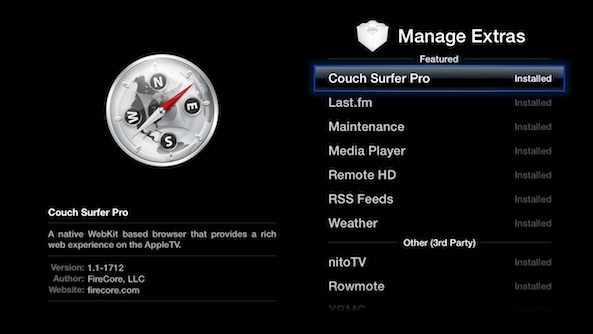 Controlling your Apple TV with your iPhone, iPad, or iPod touch only makes sense, and Remote HD is the best way to do so. This downloadable app from the App Store works in tandem with your jailbroken Apple TV for the best input experience you can have. It’s lightyears ahead of the stock Apple remote, and much better than Apple’s own virtual remote app.

Jailbreaking an Apple TV allows you to install a WebKit browser that you can use to view your favorite websites on your 55″ television screen hanging on your wall.

Although we wouldn’t recommend it for long browsing sessions, it’s good for a quick Google search or two. Plus, who doesn’t want to visit iDB from the comforts of their couch? 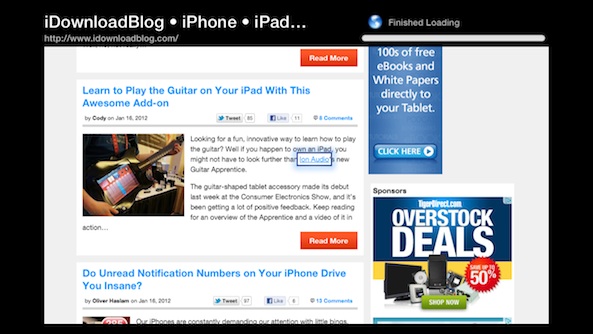 Isn’t this the reason why most of you install various tweaks and apps on your iPhone in the first place? The fact that we can do these things is reason enough to give them a try. It’s also fun to show off your supercharged Apple TV to your friends and family.

Are you convinced? If so, head over to our guide that shows how to Jailbreak the Apple TV using Seas0nPass. It’s quick and easy. After that, you can check out our guides on aTV Flash (black), and XBMC. We’ll have more Apple TV content in the future, so stay tuned.

Folks, these are just some of the reasons why you should jailbreak your Apple TV. Right now the Apple TV features an untethered jailbreak on the latest software version. That means you get the best of both worlds — you get the newest features like AirPlay mirroring from the iPad 2 and iPhone 4S, along with all of the wonderful stuff that jailbreaking brings to the table. At less than $99, the Apple TV is perhaps the best deal going. If you haven’t done so already, what are you waiting for?