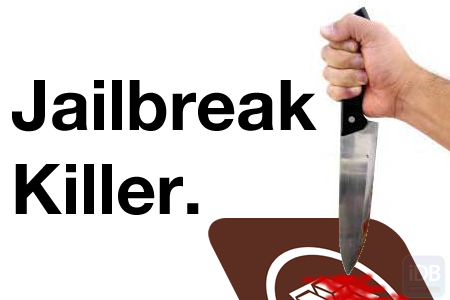 After months of waiting, an untethered jailbreak compatible with iOS 5 was finally released in late December. Although it doesn’t work with A5 devices, the exploit is effective on a number of products, including both the iPad and the iPhone 4.

But it doesn’t look like it will be that way for much longer. Multiple jailbreak developers are reporting that Apple has patched the Corona exploit, used in the untethered jailbreak, in the latest version of its mobile operating system iOS 5.1…

The software is still in developer beta. But considering that there’s been three versions released, it can’t be long until iOS 5.1 goes public. And although this hasn’t been confirmed by MuscleNerd or any other prominent Dev Team member, if you have any intentions of keeping your jailbreak, you should probably stay away from it.

It’s also important for folks who are planning on jailbreaking their iPhone 4S or iPad 2 when the time comes to make sure that their device is on iOS 5.0.1 while Apple is still signing it. Once iOS 5.1 is released, you won’t have access to it.

Stay tuned to iDB for more on this and the status of the A5 jailbreak.