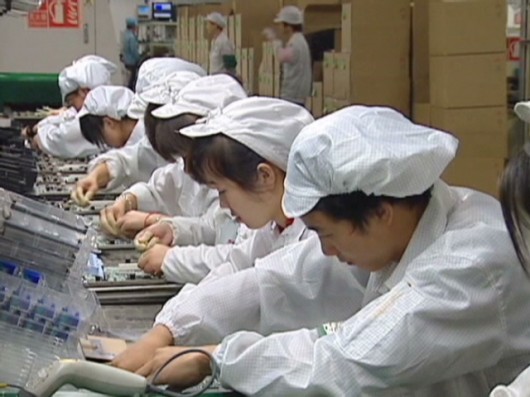 Stories of Foxconn employees choosing suicide over bleak working conditions have painted a horrific picture of overseas supply chain factories. The companies that assemble our iPhones and other devices just don’t treat their workers properly.

But it looks like Tim Cook and the rest of Apple are looking to change that. The Business Journal is reporting that Apple has joined the Fair Labor Association (FLA) as a participating company — the first technology company to do so…

From the FLA’s press release:

“The Fair Labor Association today announced that Apple will join the FLA as a Participating Company, effective immediately. The FLA will independently asses facilities in Apple’s supply chain and report detailed findings on the FLA website…

…FLA participating companies agree to uphold the FLA Workplace Code of Conduct throughout their supply chains and commit to the FLA’s Principles of Fair Labor and Responsible Sourcing. In 2011, the FLA worked with Apple to asses the impact of Apple’s training programs which help raise awareness of labor rights and standards among workers in its supply chain. Like all new affiliates, Apple will align its compliance program with FLA obligations within the next two years.”

Apple’s already taking major steps to become more transparent regarding its supply chain. This week, the company published a huge report — one of its largest ever — consisting of a comprehensive list of its major suppliers, and details of their latest factory inspections.

This is big news for Apple, who because of its popularity has been at the forefront of supply chain scrutiny. It could also inspire other technology companies to follow suit — which would be big news for everyone.