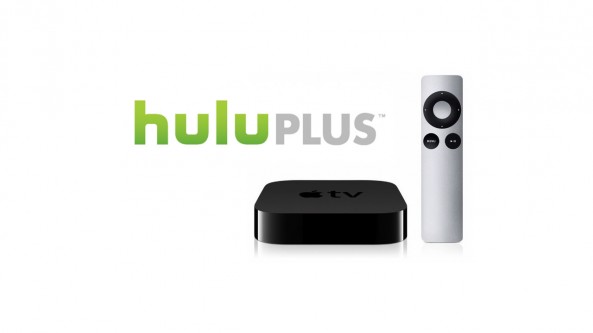 You’ve probably heard that rumors that an official Hulu app for the Apple TV is complete and ready to go, yet Apple is holding it back from being released. Apple is worried about Hulu+ eating into its iTunes sales, so the app has been placed on hold indefinitely.

For Hulu fans, that’s quite disappointing, especially considering the service is available on pretty much every other platform known to man, including the iPad, and iPhone.

But there is a way to get Hulu running on the Apple TV right now. This guide will show you how to take advantage of the Seas0nPass jailbreak so that you can watch Hulu Plus on your Apple TV.

How to Watch Hulu on the Apple TV

Step 1: Jailbreak Your Apple TV using our tutorial and video guide below.

Step 2: Install aTV Flash (black) on your Apple TV using our tutorial and video guide below.

Step 3: Configure XBMC and PlayOn to establish a link to Hulu from your Apple TV. You must have Windows, but you can do this using Virtual Machine software like Parallels.

Total Costs:
Seas0nPass Jailbreak: Free
aTV Flash (black): $29.95
PlayOn Subscription: $4.99 monthly $19.95 annually or $49.99 lifetime
Hulu+: $7.99 monthly
Also, if you don’t have a Windows machine, you will need to invest in some sort of virtual machine environment, which could add more to the cost.

Admittedly, the costs involved will set you back a bit initially, but if the Apple TV is your only means of television based entertainment, it’s well worth it in my opinion. It allows you to get so much more out of the Apple TV experience. Hulu is really just the tip of the iceberg.

This is absolutely great for cable cutters, don’t you agree?

Note: We’ve received some comments on this post that you’d rather see a more “hardcore” version of this tutorial for those who would rather pay a minimal amount for these services. You can see our more in-depth tutorial for installing Hulu on the Apple TV for free.