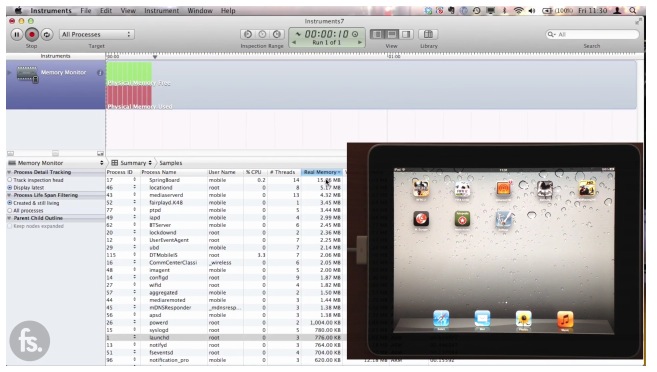 Everyone seems to be talking about iOS and how it handles it’s own particular brand of multitasking right now, and things have gotten rather heated.

With many high-profile developers and commentators reiterating that iOS handles multitasking fine just by itself, and some Apple Geniuses seemingly adamant that running apps should be closed manually in order to free up memory, one developer has been particularly outspoken. Fraser Speirs has already written a lengthy blog post on the subject, but now he has released an even longer video explaining just how iOS handles memory usage when multitasking.

The upshot? It turns out that iOS is actually pretty darned clever…

Through the 16-minute video, Speirs shows apps running on an iPad and in various different states, ranging from active to inactive and everywhere in-between.

Firstly, we have to congratulate Fraser for putting together a very comprehensive video, and one which we hope will finally put the whole issue of memory usage in iOS to bed. There is something very compelling about watching memory usage on an iPad fluctuate depending on what apps are being run, and what state the OS is putting them into. You might need to be a bit of a geek to really appreciate the magic, but hey, we’re all geeks here, right?

We highly recommend you set aside the time to sit and watch this thing right through to the end, it might just help you live a little easier.