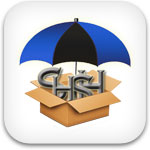 TinyUmbrella was recently updated to bring support for the iPhone 4S second iOS 5.0.1 build, but a few Windows users have encountered this issue where the app would just crash on launch.

Notcom, the developer of TinyUmbrella, was quick to fix this and just updated his tool to resolve this issue…

Thanks to an especially determined user (@szr8) I finally squashed a nasty bug that caused Windows users’ TU to crash on startup. Apparently it was something stupid that I was doing that I thought i wasn’t doing. 🙂 Either way. Many of you have voiced this issue but now it’s fixed. This fix affects you if TU would crash on startup with “LibraryFinder” errors in the log.

If you were having this problem, make sure to head over to our Downloads page to get your hands on the latest version.