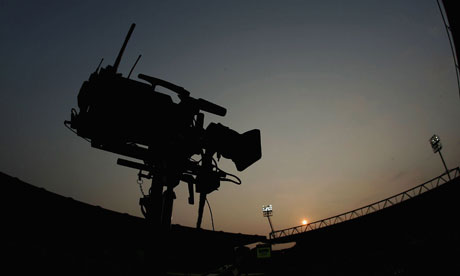 Apple may be set to join a bidding war for the rights to stream English Premier League (EPL) games to its customers, with the aim of bolstering its sales in the UK.

According to the Daily Mail, who do not give any sources for its story, both Apple and Google are weighing their options in the UK, with both companies wishing to make a grab for the lucrative rights to show EPL on their respective devices.

The current deal with Sky Sports runs out at the end of the current season, with the current owners, ESPN and Al Jazeera, already confirmed to be interested in streaming live games to their own channels. SkySports paid a massive £1.6 billion ($2.5b) for its current package.

If Apple did manage to bring the Premier League to the Apple TV, the company would no doubt see huge sales of its little black box. While popular amongst enthusiasts right now, the Apple TV has yet to see widespread adoption in the UK due to its lack of streaming options. While the US has streaming NBA, NHL, and MLB content, the UK’s only source of content is via iTunes with MLB and the WSJ thrown in. With the UK not being a big baseball country, the addition of the MLB hasn’t really got the pulses racing!

Apple obviously has the money to make a move for the EPL rights a reality, but does the company really want to get itself into such a cutthroat business when it doesn’t need to? The move would help with sales of any upcoming Apple television, of course.

For now we’ll chalk this one up to wishful thinking.