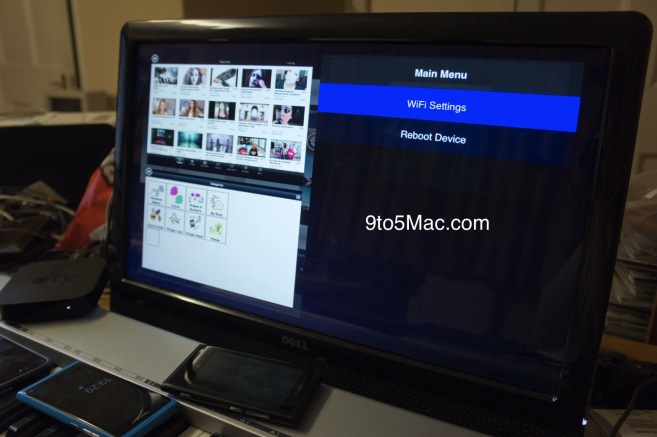 As if there was ever any doubt that clever people do clever things, Steve Troughton-Smith and fellow coder TheMudKip have taken things one step further than making iOS apps run on an Apple TV.

Because simply making the apps run on the Apple TV wasn’t awesome enough, the pair has now found a way to make iOS applications run at the full 720p resolution of the Apple TV. The original news was that the Apple TV was being forced to run iOS apps in windows, which was great in itself. Making apps run fullscreen is the next logical step, and it seems that it has already been taken.

The images shared by 9to5Mac show iPad apps running at 720p, which makes a great deal of sense considering the iPad’s own resolution of 1024×768…

We were excited to hear about iOS apps running side-by-side on an Apple TV when we learned the news, simply because of the possibilities it created. Imagine running a news app alongside a streaming video app, or maybe Twitter. Now, being able to run apps fullscreen takes things to a new level, especially if multitasking is enabled the same way it works on an iPhone or an iPad.

Those of us who remember the iPhone before the App Store will remember that it was the jailbreak community and its love of third-party apps which got Apple into the whole app thing in the first place. Could this latest Apple TV development push Apple to do a similar thing with its set-top box?

We’ll be keeping an eye on developments with Steve’s Apple TV tinkerings, and we’ll bring news to you here as soon as we get it.

Interesting times ahead in the world of the jailbroken Apple TV!