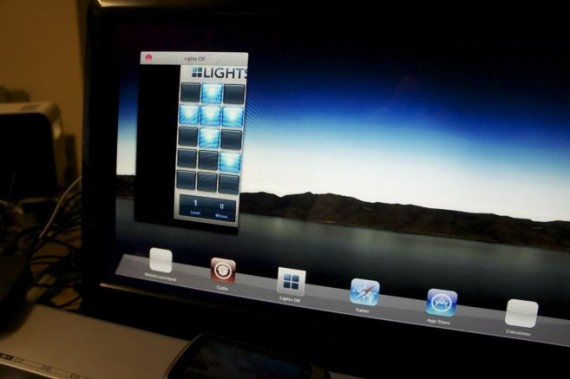 Those of you who have been holding out for a good reason to jailbreak your Apple TV might have just got your wish. Well-known developer Steven Troughton-Smith has teamed up with another hacker to bring iOS applications to the Apple TV.

But they’re not just trying to make it happen, they’ve done it. Troughton-Smith showed off several photos via his Twitter account tonight of his jailbroken Apple TV running a homegrown version of the iOS springboard and multiple iOS apps…

Even though Apple TV’s software is built on iOS, getting native iOS apps to run on it was no easy task. The developers essentially had to re-write the springboard from the ground up. And while the hack is no where near ready for public release, it looks promising.

This reminds us of a time when the iPhone didn’t have a native app store, so jailbreakers had to drum up an alternative. Apple noticed the attention that native third party apps were getting, and launched the official App Store less than a year later.

Update: As you can see, we’ve added a video of the hack in action. We also want to give credit where credit is due — Troughton-Smith says that TheMudKip, another developer, is responsible for most of the legwork in this project. Well done guys.