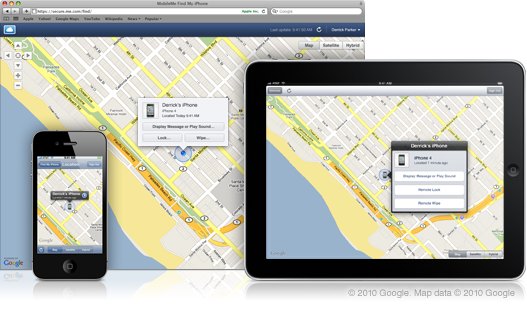 This isn’t the first time that Apple’s Find my iPhone service has helped to recover a lost device, but with Christmas involved in this particular story (as well as a resoundingly happy ending) we thought we would share it.

At around 3:30am on Christmas morning, a Westlake Village man was awoken by the noise of a burglar stealing Christmas gifts from his house. Amongst them was an iPad, which had, thankfully, already been activated and set up with an Apple ID. After a short foot chase the thief got away, but not for long.

The next morning, the owner of the iPad set about tracking the device and discovered that it was only a few doors away…

The police then arrested a 20-year old man at the location, while retrieving the iPad as well as the other missing gifts.

Also discovered at the address was a collection of other items that had apparently been taken from another house days earlier. Items including a notebook and two televisions were recovered and returned to their rightful owners.