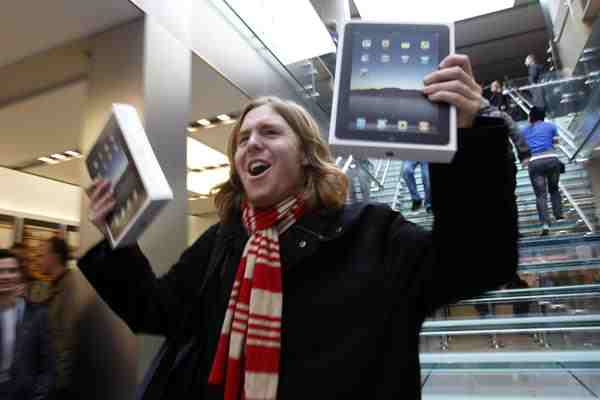 We love surveys here at iDB. Sometimes we get results that surprise us, and other times – and this is a prime example – we are mildly amused, but far, far from surprised.

The survey we are speaking about was done by the Software Usability Research Laboratory and shows that 84% of iPad owners are satisfied with their choice of tablet – a stat that should take few by surprise.

After asking users how happy they are with their iPads, the survey also asked how they use their tablets, probing the use of apps and the location where people use those apps the most. The results are just as predictable here, too… 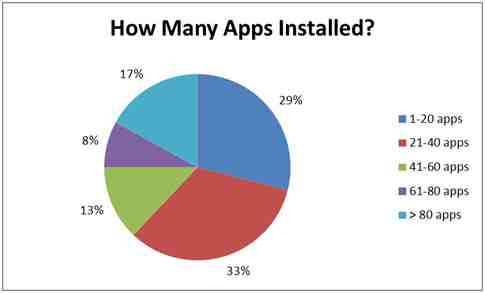 When it comes to installing apps, it is clear that iPad users are not shy. Fully 17% of iPad owners surveyed reported that they have over 80 apps installed on their tablet, with a further 29% having between 1 and 20 apps on their devices.

Usage of iPads is also just as we would have predicted. According to the survey, the most popular room in the home to use an iPad is the living room, followed by the bedroom. Our only surprise is that the bathroom falls so far down the list, behind the kitchen, dining room, and outdoors. Perhaps people are not so keen on admitting their toilet habits? 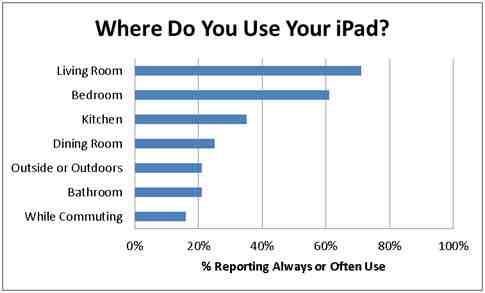 How satisfied are you with your iPad? While we are at it, we would love to know how many apps you use on your iPad, too!