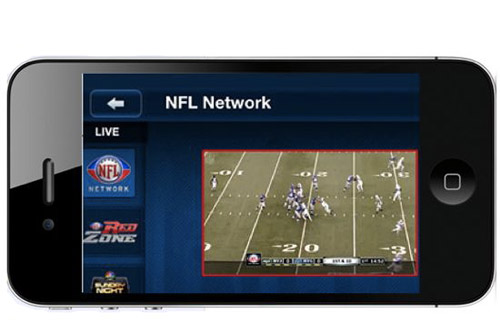 Apple iPhone and iPad-toting football fans will be able to watch the Super Bowl streamed live to their devices according to Electronista.

The NFL has finally given the go-ahead for the streaming service to go live this year, with the Super Bowl and Pro Bowl being made available online on iOS devices and Android hardware.

NBC will provide the streaming service, as will the NFL’s mobile applications, both of which will offer an improved experience when compared to their traditional television counterpart, thanks to multiple camera angles and other extras being made available…

NBC has until now only been able to offer Monday Night Football for streaming, but media companies were not allowed to broadcast the biggest games online, until now. As Electronista points out, the move shows renewed confidence in the ability for online streaming content to be monetized by the big players involved, presumably through ads.

Users of the NFL Mobile iOS app will have access to the streaming when the game kicks off.

The move by the NFL to allow online streaming brings it in line with other major sports around the world, with online video deemed to be an integral part of the experience for many.

Who knew that giving users more ways to consume your content was a good idea?!

Will you stream your Super Bowl fix to an iOS device next time around, or are you much more of a “big screen, pack of beers” kinda fan?