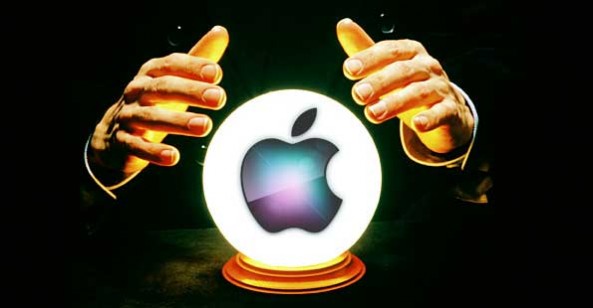 Apple is not going to rest on its laurels next year and will drive sales by introducing new, redesigned iPhone 5 alongside a whole new lineup of iPads, according to Piper Jaffray’s Gene Munster.

While simultaneously telling everybody something they already knew as well as attempting to look into his crystal ball, Munster claimed today that because Apple did not redesign any of its products in 2011 — the iPhone 4S is an iteration of the iPhone 4 and the iPad 2 offers only cosmetic changes and faster internals — the company absolutely must make complete redesigns next year.

Beyond the obvious conclusion that next year’s iPhone will be a redesigned shell and new internals, we don’t see much analysis coming out of the report, other than to suggest Apple may widen its iPad product line. We’re not sure why Apple would decide to do that. If Apple could do away with the Wi-Fi and Wi-Fi + 3G iPad model distinctions, we are sure they would. Adding more choice is not something Apple is known for.

As far as sales predictions are concerned, Munster expects Apple to shift 142 million iPhones throughout 2012 and 66 million iPads. That’s a lot of iOS devices!

As we always say with analyst predictions, we suggest taking them with a pinch of salt. The suggestion that Apple will change the iPhone in 2012 isn’t really something that takes too much thought, and the iPad predictions, at least to us, are unlikely.

Of course, we’ve said that now, and everyone has seen it. We now expect to be telling you about the 34 new iPads in 12 different colors by the end of March!