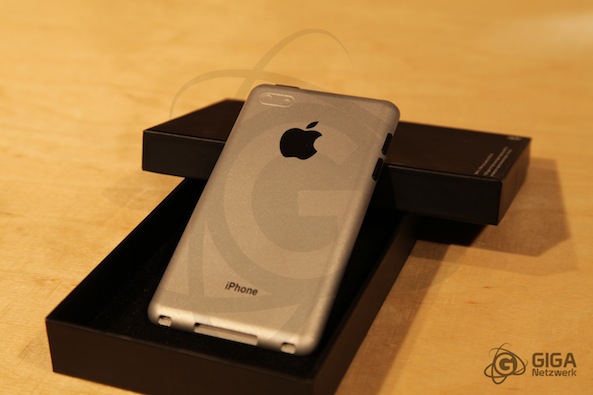 You’ll probably remember that before the iPhone 4S was announced, it was pretty much open season on rumors. We had all kinds of them.

What we did get was the iPhone 4S, and while we’re not saying that’s a bad thing, it’s no iPhone 5. But was there any truth to some of those iPhone 5 rumors after all? According to one Business Insider source, there may just have been some…

Citing a source that (as always) didn’t want to be named, and admitting that they cannot verify any of the claims, Business Insider has published details on what it believes was set to be the iPhone we actually got last month. According to the source, Apple was seesawing between the iPhone 4S and the iPhone 5, with the former being chosen eventually.

Just to add a little weight to their claims, this source even says they played with the handset, and goes on to describe what they saw. So, what did we miss out on?

As we kept saying when these rumors were doing the rounds the first time, we’re offering a handy pinch of salt to go with this information. That said, it is all interesting, depending on whether you believe Business Insiders’ source or not.

We’ll leave it up to you to decide.