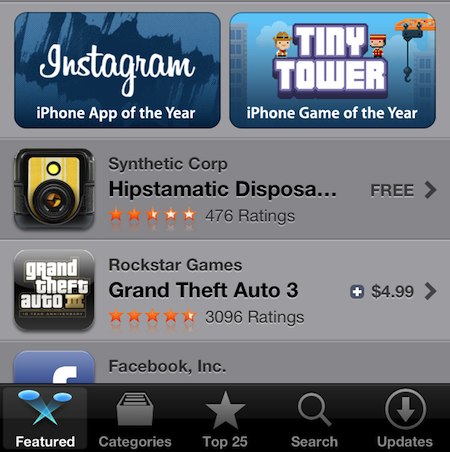 Over the last few days, reports have been surfacing that Apple pulled App Store access from iOS devices running iOS 3.1.3 and older. Support forums have been filling up over the past week with users complaining of the problem.

We predicted that the issue was an accident on Apple’s part, and not just a way to force users to update their firmware. And it looks like our prediction was right. The App Store appears to have been restored for iOS 3.1.3 users.

We started receiving emails this afternoon from readers claiming that the App Store was back up for pre-iOS 4 users. Now the folks at Engadget have been able to confirm this themselves with an iOS 3.1.3 device.

It’s still not clear what caused the disruption. Users don’t need to download anything to restore App Store access. Simply launch the application and you should be able to go back to browsing and downloading apps as usual. Weird.

Are you on iOS 3.1.3 or earlier? Is the App Store working again?