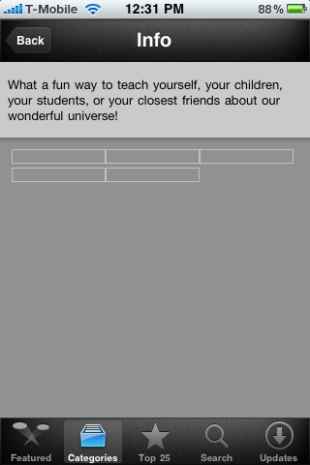 Users of older versions of iOS may be left out in the app-less wilderness according to reports, with the App Store seemingly not impressed with users who have not updated their iPhones or iPod touches past iOS 3.1.3.

Apple has always been a strong proponent of users installing the latest version of an operating system, whether that be the latest and greatest release of OS X on a Mac, or the newest version of iOS available. It’s a great way of squashing potential bugs and security holes while making sure developers have less OS fragmentation to deal with.

Some people don’t want to update, though. Whether it be through a need to have a specific jailbreak work, or their iOS device simply doesn’t have the chops to run the latest iOS release, some just do not want to upgrade. Reports have surfaced that devices running iOS 3.1.3 or earlier are unable to download apps from Apple’s App Store…

There have been numerous threads on Apple’s support forums about the issue over the last couple of days, with users reporting that the download buttons are missing the on-device App Store. Some images may not display, especially screenshots.

The reason for the App Store’s disdain of iOS 3.1.3 is unclear, and this is one of the first real instances of fragmentation to make its way to iOS. We’re willing to wager that the hiccup is entirely accidental and that a change Apple has made in its App Store code – it is a glorified web app, after all – has broken something in the version of Webkit used in iOS 3.1.3 and earlier.

We’ll keep our ears to the ground, but we would expect a fix to pop up sooner rather than later, so hold on tight.

Has this particularly strange bug been affecting you? We wonder how many users are still running iOS 3 out there.