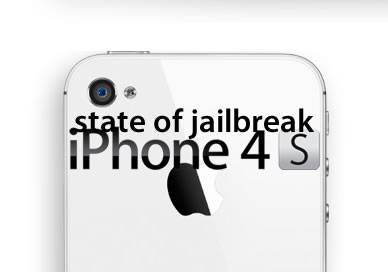 It looks like the caching issues that jailbreak guru pod2g was facing are now a thing of the past.

Just a while ago, the iPhone hacker updated his blog acknowledging that he had solved the the A5 chip cache issue, which means we are even closer to the reality of an untethered iPhone 4S jailbreak.

I discussed with @saurik today about the launchd boot process, and he’s found one missing piece of the puzzle I needed to have a perfectly stable jailbreak. He’s definitly one of the best iOS gurus out there. Thank you saurik!

So not only was the caching issue solved, but another one of the lingering issues hindering a stable untether was solved as well.

Folks, we’re getting the impression that an iPhone 4S untethered jailbreak is making its strides into the home stretch.

We’ll have more news as it breaks. In the meantime, why not share with us the first thing you’ll install on your jailbroken iPhone 4S?