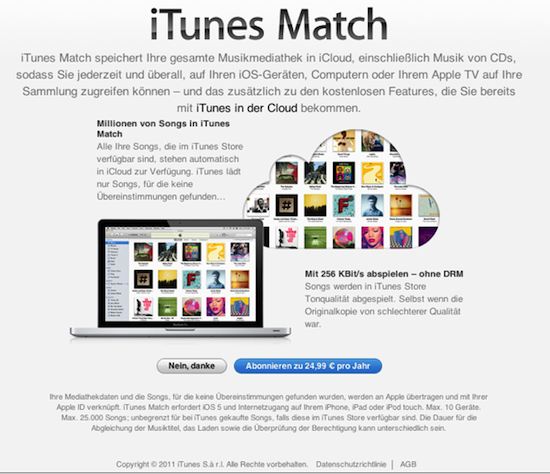 It appears that Apple is continuing its international rollout of iTunes Match today. Last night we told you that the music matching service’s US-only restriction had been lifted, as users in other countries started reporting access to the feature.

However, a lot of folks have been complaining of issues with signing up for the service, leading some to believe that the iTunes Match launch was premature. But problems or not, the rollout continues with other countries now noting availability.

MacRumors confirms that iTunes Match is now available (and appears to be actually working) in several countries:

“MacRumors readers in a number of countries have been reporting over the past few hours that they are being presented with updated terms and conditions for the iTunes Store mentioning iTunes Match. And now prominent links to iTunes Match have appeared on the front page of the iTunes Store in at least Canada, Ireland, Mexico and the United Kingdom.”

Along with the addition of Mexico and Ireland, iTunes Match appears to have also gone live in France, New Zealand, Germany and Spain. Even though some users are still reporting difficulties, the overall consensus seems to be that it’s working. Some have even uploaded screenshots of their iTunes libraries being matched.

If you live in one of the above-listed areas, be sure to let us know how iTunes Match is working for you.