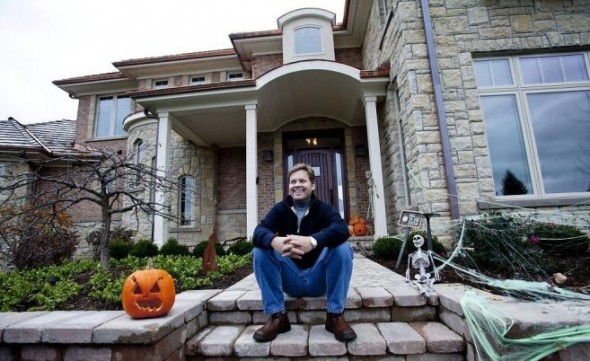 Since the iPhone 4S debuted last month at Apple’s “Let’s Talk” iPhone event, everyone has been talking about one feature: Siri. Apple’s digital assistant has become extremely popular, even outside the tech world.

Unlike most inventions that make their way into Apple’s iOS products, Siri wasn’t made in Cupertino. It was actually acquired in a deal rumored to be worth close to $200 million, making a handful of men instant millionaires. Meet Dag Kittlaus…

An e24 article spotlights Kittlaus, one of Siri’s four co-founders. The 44 year old Norwegian had his life turned upside down last year when he received a phone call from Apple regarding his company’s personal assistant software.

But the call wasn’t from just any executive; Steve Jobs himself was on the line to talk about a possible acquisition of Kittlaus’ team and their Siri technology. Kittlaus recalls his reaction to the call from the former CEO (Norwegian translation):

“Of course it was a great moment when Steve Jobs called and wanted to buy my company. It was surreal. When I heard that it was him, I knew we had made it big. In advance, we were pretty confident that the technology we had developed was so startling that we would get some kind of breakthrough. Steve was the first caller.”

Once the deal with Apple was complete, Kittlaus and team moved to Cupertino to continue their work on Siri at Apple’s headquarters. He spent 18 months working on the project before leaving the company in October — shortly after the iPhone 4S launched.

Perhaps the most interesting part of e24’s article is Kittlaus’ thoughts on working at Apple. He says that in his tenure with the company, he learned that the iPhone-makers weren’t motivated at all by money or profit. “They just desire to create fantastic products.”