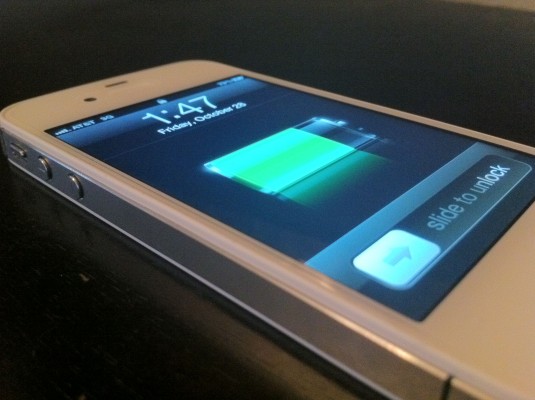 If you’ve been experiencing issues with the battery on your new iPhone 4S, you’re not alone. The problem has spawned a thread in Apple’s Support forums that has seen over 100,000 visitors in the last two weeks.

Even with all of the evidence, Apple has yet to officially comment on the issue, but they’re very much aware of it. According to a report by The Next Web, Apple’s engineers have started contacting customers regarding the complaint…

The site points to a Guardian article that claims that an Apple engineer from Cupertino has contacted at least one iPhone 4S owner over the battery issue. The customer posted a rant complaining about the battery life on his new iPhone, and apparently Apple heard him.

“I then got a call from a senior [Apple] engineer who said he had read my post and was ‘reaching out’ to users for data and admitted this was an issue (and that they aren’t close to finding a fix!) and asked lots of questions about my usage and then asked if he could install the file below and that he would call back the day after to retrieve the info. I extracted the file from my Mac after a sync and emailed it to him. He was incredibly helpful and apologetic in the typical Apple way!”

Apple has been known to ask users for device diagnostics while investigating issues, so the story does hold water. It is, however, odd that the engineer told the customer that they weren’t close to finding a fix — that’s not very Apple-like.

But we have a theory on what’s causing the battery problems, and it has something to do with the time zone settings. In fact, the theory has been echoing around the web for the past 24 hours. So if you can’t wait on Apple to fix the issue, you might want to check it out.