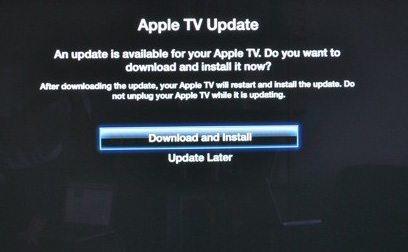 The Cupertino company has had a rough time sorting out its Apple TV updates over the past few weeks. It seems that all the trouble started when Scott Forstall’s team released iOS 5 to the public earlier this month.

Last week Apple released a software update for its media hub (4.4.1), but it was immediately pulled due to customer complaints. Apparently re-releasing it still didn’t do the trick, because tonight Apple seeded 4.4.2 to Apple TV owners…

The software update, like the previous version, is more of a maintenance release than anything. The new software includes a number of bug fixes, including issues with audio and video playback, and the fast forwarding and rewinding of live events.

If you aren’t experiencing any of these problems, you may want to skip the update for now.  Given the number of Apple TVs that have been bricked by software updates in the past week or so, it might be a good idea to hold off until it’s deemed safe.