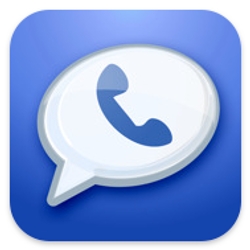 Last Sunday, Google purposely pulled its Google Voice app from the App Store due to some bug that caused the app to crash at sign in.

Almost a week later, Google Voice is now back in the App Store, with some stability improvement and also a new feature…

According to the Google Voice Twitter account, the app now “improves calling through GV when there is no data: no data required for all numbers previously called.”

Google sure took its time to fix that app!

You might not see it right away in the App Store, but you can access directly from this link.