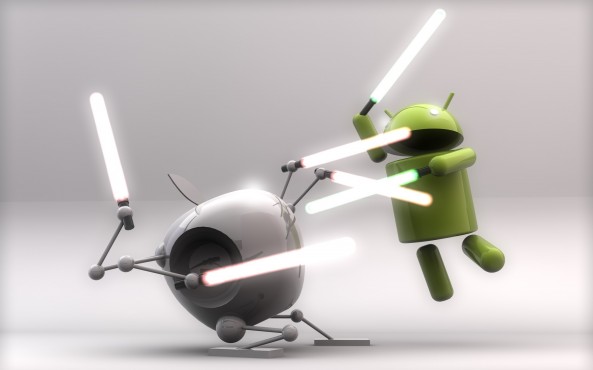 Apple’s iOS platform rules the roost in the enterprise, according to new figures released by Good Technology.

The firm, which offers push e-mail, mobile device management, and security products for mobile phones, released the numbers that appear to show both the iPhone and iPad dominating device usage in the enterprise market.

According to Good Technology, the results show a “clear preference for Apple products,” with the figures seemingly proving their point conclusively…

Apple’s iPhone accounted for 61% of enterprise smartphone activations during the third quarter of 2011, while Android made up the remaining 39%. The nature of Good Technology’s business means that RIM’s BlackBerry platform is not counted in these numbers, nor is Microsoft’s Windows Phone 7. 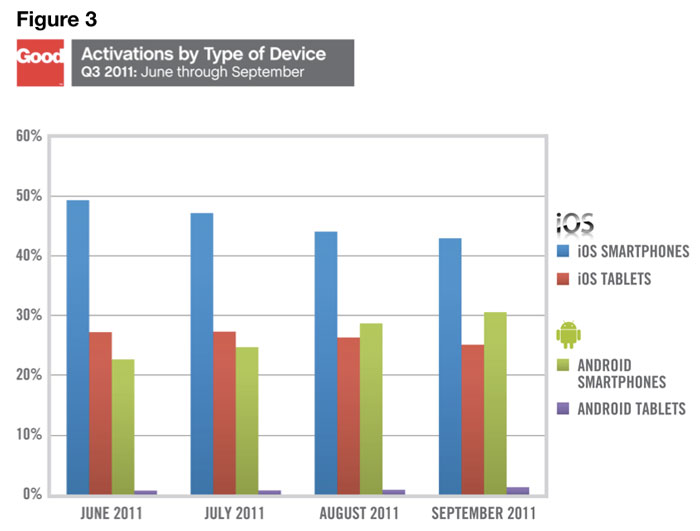 It’s a similar story in the world of tablets in the enterprise, with the iPad taking a whopping 96% of the market. Android, for its part, makes up just 4% of activations for the same third quarter.

It’s worth noting that Android boss Andy Rubin recently said that there are “6 million Android tablets out there.” That’s a fraction of what Apple sells in one quarter.

When combined, Apple’s iOS devices made up 70% of all device activations in the enterprise market, according to Good Technology’s numbers. 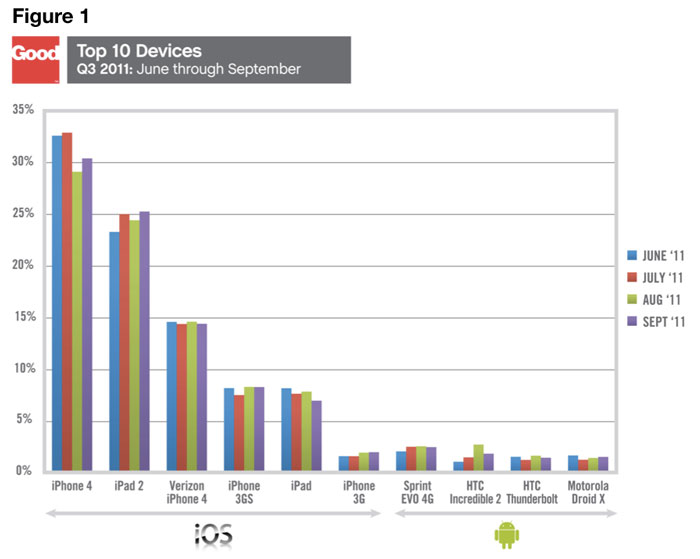 Apple’s products also dominate the list of the top ten individual devices to be activated, with the iPhone 4 sitting pretty in the top spot. The most activated Android smartphone is the Sprint EVO 4G, and it’s mildly outdoing the aging iPhone 3GS.

Those business types really do like their iPhones, don’t they?