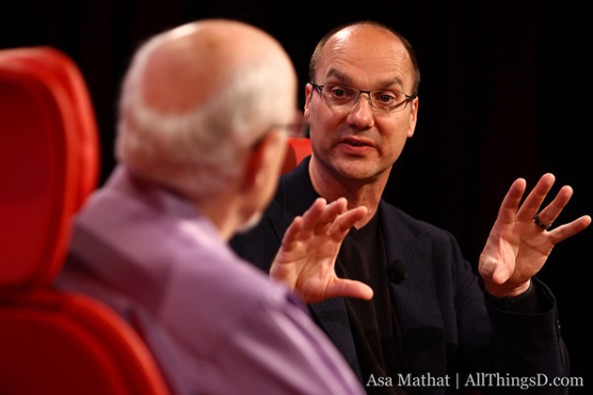 Andy Rubin, Senior VP of Mobile at Google, is considered the head of the Android platform. He leads the team that develops the Android OS for the plethora of handset makers that partner with Google.

Rubin sat down with veteran journalist Walt Mossberg at the AsiaD conference yesterday to talk about Android and his view of the mobile consumer market. He talked specifically about the state of Android tablets, his view of Apple post-Steve Jobs, and Siri… 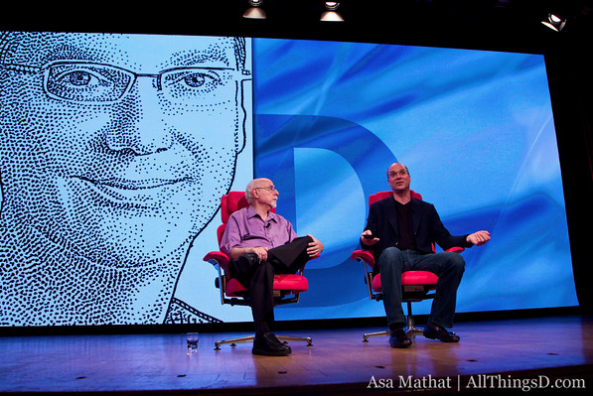 “I don’t think there should be apps specific to a tablet.”

Yeah, Rubin said that. After This is my next asked the Android king why his OS lacks a good collection of tablet-optimized apps, Rubin responded, “I don’t think there should be apps specific to a tablet. If someone makes an ICS app it’s going to run on phones and it’s going to run on tablets.” He also said, “the Twitter phone app works fine on a tablet.”

What utter rubbish. Like MG Siegler says, Rubin’s definition of “works fine” must be “meh’ is good enough.” The main reason the iPad has sold so well is because developers have created beautiful, tablet-optimized apps. Can you imagine using an iPad with nothing but shrunken iPhone apps?

In terms of numbers, Rubin said that there were about, “6 million Android tablets out there,” noting that it was a “healthy start.” To put that into perspective, Apple sold over 11 million iPads in the last fiscal quarter alone. 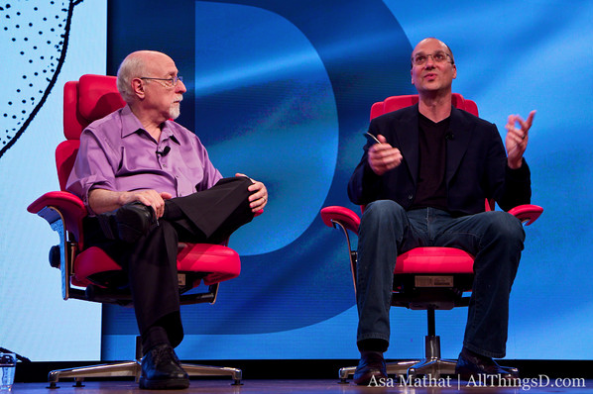 “Apple will certainly miss Steve’s leadership, but now it’s time for the other guys to step up.”

That’s what Rubin had to say about Steve Jobs’ death. When asked about how Apple will change post-Steve, Rubin said, “The DNA in the people walking the halls at Apple is a very powerful combination of the arts and computer science, and I don’t think that’s changed with Steve’s passing. That combination of creativity and computer science, it’s still there. Apple will certainly miss Steve’s leadership, but now it’s time for the other guys to step up.” 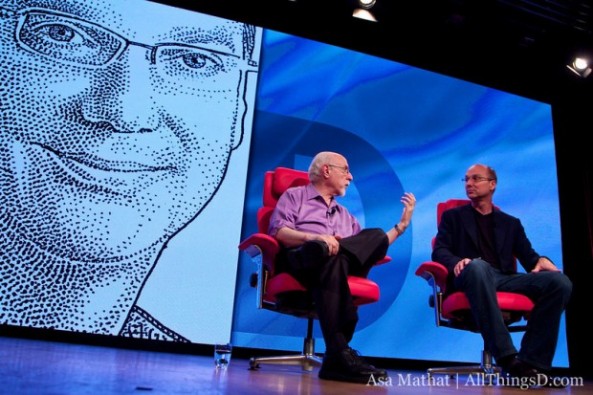 “I don’t believe that your phone should be an assistant.”

It’s hard to argue that people don’t want to talk to their phones when the iPhone 4S is Apple’s fastest-selling phone ever. When asked about how he sees voice technology evolving in the coming years, Rubin said, “We’ll see how pervasive it gets.”

In case you didn’t know, that’s code for “We’ll sit back, watch Apple succeed, and try to play catch-up.” People love Siri, and the smartphone is already a computer in every sense of the word, not just a “phone.” People want to be able to have their phone tell them the latest game score or weather forecast. The smartphone game is about so much more than communication with other people — it’s about giving people access to data and tools that only desktop computers could have offered 5 years ago.

You can read the full play-by-play of Rubin’s interview at AsiaD for more on what the Android boss had to say.

It’s good to know that Apple doesn’t have to really worry about its main competitor right now. Android is still trying to figure out how to put the “smart” in smartphone.