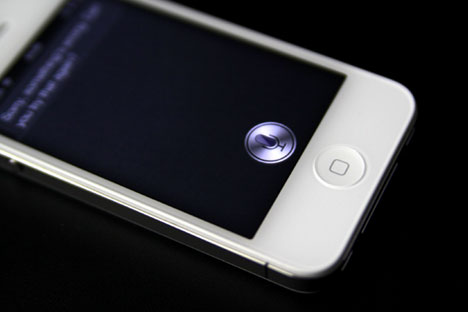 A recent report by the Wall Street Journal focuses on Norman Winarsky, one of the co-founders of Siri. According to Winarsky, Siri came from an artificial intelligence project at SRI, a R&D group.

When Apple was starting to integrate Siri, they wanted it “friendly and humble—but also with an edge.” This way of thinking is made evident by the fact that Siri does have many personality traits. To attest to this, someone started a blog called “Sh#! That Siri Says,” where users can send in their own humorous responses from Siri….

An excerpt from the interview:

“There were many conversations within the team about whether it should be gender neutral” or “should have an ‘attitude,’ ” said Mr. Winarsky, who didn’t go to Apple, and still works at SRI. The result, before the software was bought by Apple, was “occasionally a light attitude,” he said.

Below is a screenshot showing how Siri has a sense of humor: 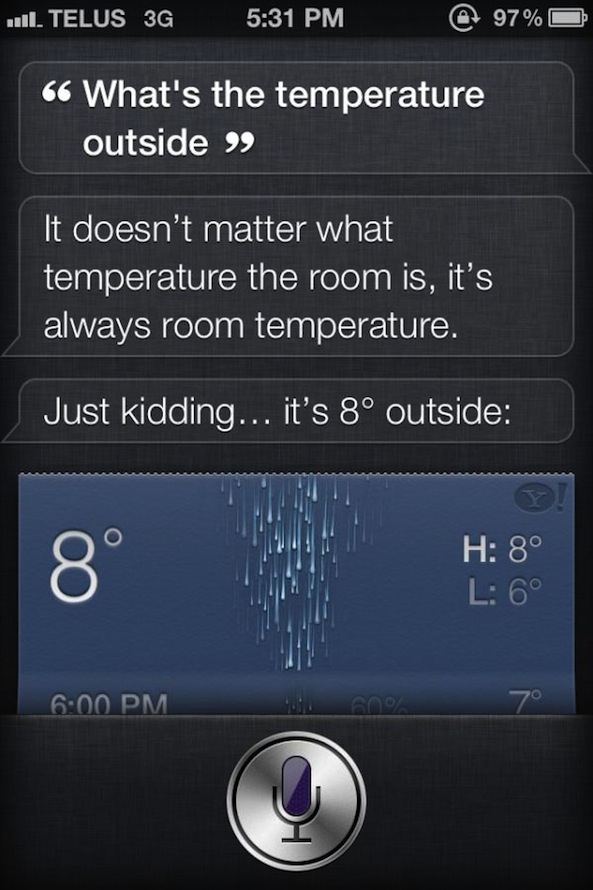 If you have been using Siri, you have likely noticed its great personality traits. Siri is also in beta, meaning that more responses and features will be added soon. Siri is also currently being ported to the iPhone 4.

Have you have any good conversations with Siri lately?